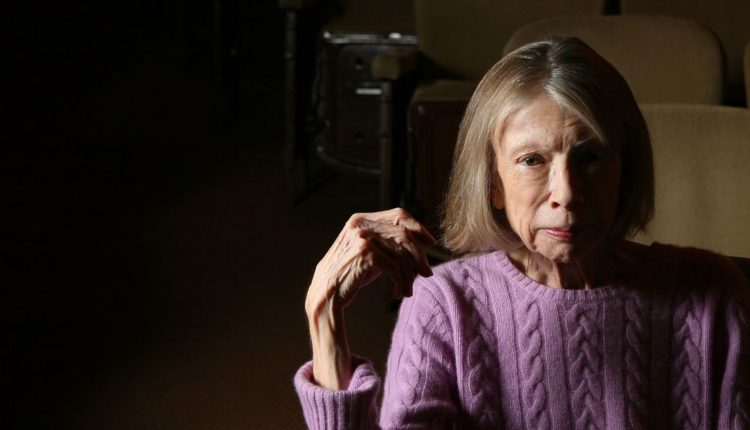 Joan Didion, the famed essayist, memoirist, and fiction writer whose hyperobservant, perceptive style made her a towering figure in American writing, has died at the age of 87. According to a statement given to Vulture from her publisher at Knopf, Didion died on the morning of December 23 in her New York home due to complications from Parkinson’s disease. Didion was born in Sacramento in 1934 and graduated from UC Berkeley, from which point she began her career in journalism at Vogue in New York. California figured heavily into her writing, particularly in her debut collected work of nonfiction, 1968’s Slouching Towards Bethlehem, which featured (among other topics) her writing on San Francisco’s counterculture. In this collection and her magazine work in outlets including Life and the Saturday Evening Post, Didion’s style and her use of the first person helped define New Journalism in the 1960s and 1970s. It was in her follow-up collection of published essays, 1979’s The White Album, that she wrote, “We tell ourselves stories in order to live.”

Didion published five fiction novels over the course of her career and collaborated with her husband, John Gregory Dunne, on screenplays including Panic in Needle Park and the 1976 version of A Star Is Born. Later in her career, Didion became one of literature’s foremost writers on the subjects of grief and loss with her 2005 book The Year of Magical Thinking and 2011’s Blue Nights, memoirs following the deaths of her husband and daughter, Quintana Roo Dunne, respectively. In 2013, she was awarded a National Medal of Arts and Humanities by President Barack Obama. Said her editor in a statement, “Joan was a brilliant observer and listener, a wise and subtle teller of truths about our present and future. She was fierce and fearless in her reporting. Her writing is timeless and powerful, and her prose has influenced millions.”

Around the Farm: Zac Jones with two assists in shootout loss