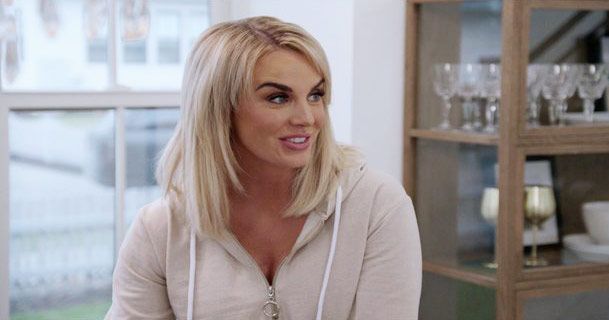 
So this is the new year, and the women of RHOSLC don’t feel any different. Okay, to be clear, it’s still very much 2021 on the series, but I’m filling in for your trusty RHOSLC recapper Olivia Crandall this week, and I couldn’t not make a Death Cab for Cutie reference when given the opportunity. Besides, I’m not paraphrasing those lyrics for no reason: The latest installment of Bravo’s true-crime docudrama shows the women in a frustrating holding pattern, spinning their wheels between blow-ups that do little to meaningfully shake up the cast dynamics. Even the fights are starting to feel flat, as Olivia noted in her recap last week. You almost feel bad for the prosecutors who are being forced to pore over these episodes to prep for the Jen Shah trial.

We’re still dealing with the fallout from the pho luncheon, which Jennie unpacks for Duy alongside bags of Cheesecake Factory takeout she’s brought in to eat on an adjustment table. (I’ve never related to a Housewife more than when she explains that she only got dessert for herself, but he can have some.) While Jennie is obviously frustrated that her attempts at peacemaking didn’t take, she’s more bothered by Mary complimenting Jennie’s “slanted eyes.” She articulates why she’s offended to Duy and in her confessional, presumably to preempt responses from those Bravo viewers who love to explain why something racist is not actually racist.

Speaking of which, when Mary and Meredith rehash the pho luncheon over a lunch of their own, Mary adopts an exaggerated accent to imitate Jennie. At this point, production has enough material to put together a complete racism package for the reunion—though let’s hope they don’t put Jennie through that. On the one hand, it’s good that the show is not trying to brush this under the rug (cough, Below Deck, cough). On the other hand, it’s nauseating to see another AAPI Housewife have to turn racially insensitive comments into teachable moments after what Tiffany Moon and Crystal Kung Minkoff experienced on RHOD and RHOBH, respectively.

For what it’s worth, Meredith does tell Mary “no characters please,” which I guess is one way to say, “Hey, imitating Jennie’s accent is offensive.” But she pretty quickly pivots to complaining about Lisa, saying it’s “triggering” to see her bestie embrace Jen after what Jen did to Brooks. Of course, as a parent, Meredith has every right to continue holding a grudge, but we are 15 episodes into the season and still stuck on Jen’s social media behavior, despite the fact that Jen has now been accused of far worse real-world crimes. It’s also hard to take the “calling Brooks a ‘privileged twink’ is problematic” schtick seriously after the shit Mary has been spewing — like, just for example, comparing Jen to a “Mexican thug.”

Elsewhere, Whitney is prepping for her Wild Rose Beauty launch party, which is this episode’s excuse for a step and repeat. Heather arrives to help stuff gift bags and make her cousin feel a little better about spending Justin and her $300,000 savings on a rebrand. (It’s worth noting that Heather is wearing the Gyles & George “I’M A LUXURY” sweater because she is The People’s Housewife.) Whitney brings up Mary’s comment suggesting the charges against Jen are divine retribution for going against Mary. It seems pretty obvious this has more to do with Mary’s belief that she has Jesus on speed dial than any prior knowledge of Jen’s alleged crimes, but Whitney and Heather manage to drop the theory that Mary tipped off the feds. And sure, it’s possible that Meredith’s PI uncovered something about Jen and told Meredith, who told Mary, who let the feds know that Jen would be at Beauty Lab — but it’s also possible that Mary is God. These scenarios both feel unlikely.

Regardless of who told the feds what, Jen is determined to be canonized before the trial. Her “Jen Is Shah-mazing” press tour continues in this episode, with Jen putting together hygiene packs for people in need while lamenting the fact that having to downsize will really hurt all the lost souls who live under Jen’s roof. Listen, if I were facing serious prison time and decided to continue filming a reality show — almost certainly against my $2 million lawyers’ wishes — I would use the opportunity for shamelessly self-aggrandizing PR, too. But Jen’s rebrand from chaos agent to benevolent spirit is a bigger lift than Whitney going from Iris + Beau to Wild Rose Beauty. There is something uncomfortable about Jen’s mom showing up on camera just to say things like, “I believe in you and I know you’re innocent.” I winced when she revealed that she was cashing out her retirement accounts to help pay for Jen’s legal defense.

But let’s put Jen’s legal troubles out of our mind — it’s time for the Wild Rose launch party. Everyone is here, including Angie, who will not accept the “Friend Of” curse of showing up for three episodes and then never being heard from again. Jennie is ready to confront Mary about the “slanted eyes” comment (and to return those really chic boots). Unaware of the shit storm headed her way, Mary is very fixated on the lack of a coat check. And Meredith is furious that she’s once again been blindsided with an invite to an event Jen is also attending because she apparently can’t remember she’s filming a reality show. “It feels like I’m being forced,” Meredith complains, and yes, that’s called a contractual obligation.

Jennie wastes no time pulling everyone into a separate room to confront Mary with an audience present. (There is certainly a more organic way of orchestrating this, but we can forgive some first-season sloppiness.) When Jennie shares that she was offended by Mary complimenting her “slanted eyes,” Mary seems genuinely baffled. “I love slanted eyes,” she offers. Somehow, the conversation gets worse from there. As Mary looks around for support, she asks if anyone else knew that comment was offensive. In their confessionals, the women are largely willing to call it racist. In the moment, all we get is a truly pathetic response from Meredith “Twink Is a Slur” Marks: “I don’t know if it would be offensive or not. I just wouldn’t say it.”

It’s only Whitney who refuses to let the whole racism thing go — and while it’s not clear if it’s coming from a place of allyship or shit-stirring, she gets credit for circling back. (Bonus points for “I like my friends how I like my skincare: non-toxic and cruelty-free.”) Given the opening, Lisa finally brings up the “Mexican thugs” remark, which Mary doesn’t remember saying. (Roll the tape!) But before we can really get anywhere on unpacking these deeply troubling remarks, Meredith pivots to a colorblind perspective, saying the group’s bad behavior “goes well beyond prejudice,” and the real problem is everyone being two-faced to Jen. Meredith hitching her wagon to Mary has been merely confusing up to this point, but watching her repeatedly deflect from very legitimate concerns about a pattern of racially insensitive comments is actually infuriating.

Nothing is resolved, naturally, because Mary and Meredith walk away—again. Housewives is, by its nature, repetitive: the women fight, they make up, they fight again. Still, you have to be willing to play the game to some extent, and the RHOSLC cast is struggling to do that. No one wants to be the villain — consider Lisa, who has taken the LVP MasterClass on “not getting your hands dirty” and the Ramona Singer MasterClass on “tear-free crying to end an argument.” Outside of Jen (and to a less shouty extent, Whitney), these are not women who seem to enjoy conflict. When Meredith explains that she’s disengaging because “they want to fight and argue and it’s not interesting,” you again have to wonder if she knows what show she’s on.

And no, despite what the franchise’s critics might have you believe, there is more to Housewives than screamed insults and thrown wine glasses. But you need that conflict and the equally important conflict resolution to keep the train chugging along. There is something deflating about the lack of catharsis on this season of RHOSLC, and this episode — with its walk-offs and deflections — feels emblematic of that. It’s even more frustrating when the drama is about something that actually matters. The preview for the rest of the season suggests the cast will soon be picking up the pace as we speed toward the inevitably Jen-centric reunion. In the meantime, however, we’re a far cry from the heady heights of the ride to Vail, and there’s the real danger of this train derailing.