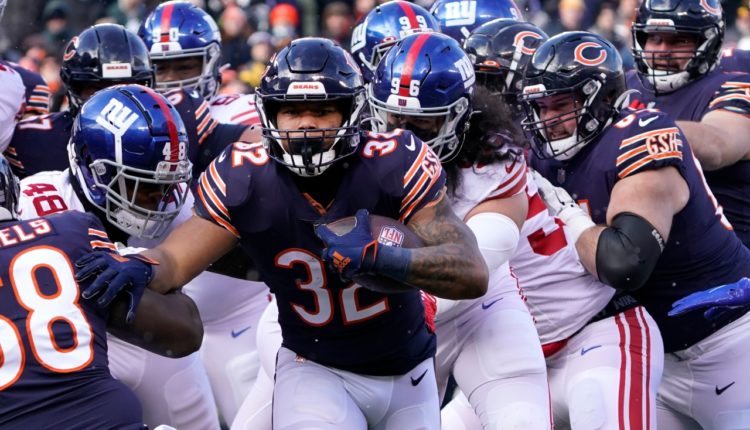 Trevis Gipson added a career-high two sacks, and the Bears joined Green Bay as the only franchises with 800 victories counting the postseason. They also gave the embattled Matt Nagy a win in what might have been his final home game as their coach.

Gipson had a strip-sack on the game’s first play from scrimmage and Tashaun Gipson picked off Glennon on the next possession. The two takeaways led to a scoring run by David Montgomery and touchdown catch by Darnell Mooney, making it 14-0 and sending the Monsters of the Midway to their second straight win after losing eight of nine.

The Giants (4-12), who could also be in for changes, lost their fifth straight game. They set a season low in yards for the second week in a row, finishing with 151 after being held to 192 against Philadelphia.

The 31-year-old Quinn continued his remarkable turnaround after finishing with two sacks last season, his first in Chicago. He now has 100 1/2 sacks and needs one to match his career high of 19 with St. Louis in 2013.

Andy Dalton threw for 173 yards on a chilly afternoon with rookie Justin Fields missing his second straight game because of an ankle injury. The three-time Pro Bowler was 18 of 35 with a touchdown and interception in his fifth start this season. A lingering groin injury kept him out of last week’s game at Seattle, and with Fields unavailable, Nick Foles led Chicago to a comeback win.

Glennon, starting over Jake Fromm, had a miserable outing. The Giants simply abandoned the pass after that rough start, and the former Bear was 4 of 11 for 24 yards with two interceptions and a 5.3 passer rating.

New York’s Saquon Barkley ran for 102 yards — the most for him since 2019 — in his first game in Chicago since tearing his ACL and MCL against the Bears on Sept. 20, 2020. And the Giants dropped their seventh straight road game.

An inside look at Wall Street's most famous trader