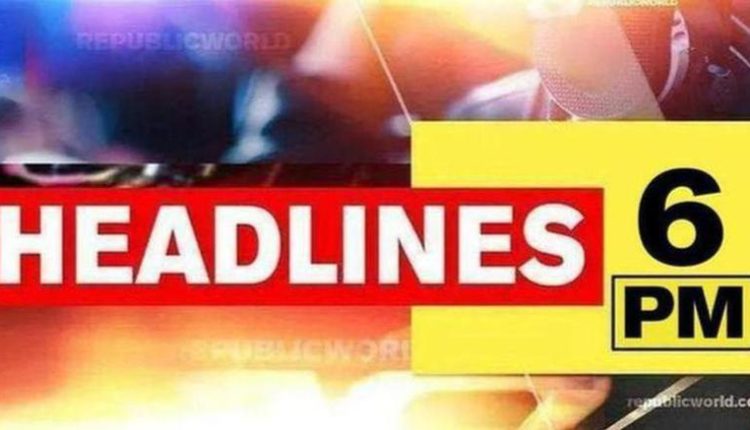 Russia-Ukraine war has lasted for 13 days with the Volodymyr Zelenksyy pledging ‘We do not back down’. Russian and Ukrainian delegations meeting for the third round of peace talks which could not lead to a ceasefire. Additionally, Ukraine took the war to the UN’s top court and called for Russia to stop the invasion. But, Russia abandoned the ICJ hearing.

In the aftermath of a fourth-year Indian medical student’s death amid Russian shelling in Ukraine, External Affairs Minister S Jaishankar informed the Karnataka government that the mortal remains of the 21-year-old student, identified as Naveen Shekharappa, will be brought back to India only after shelling stops there, said Chief Minister Basavaraj Bommai. The Karanataka CM further mentioned that Naveen’s body has been embalmed by authorities in Ukraine and kept in a mortuary in Ukraine.

Ukraine’s President Volodymyr Zelenskyy on Tuesday said that the West shares the responsibility of killing in Ukraine by not being able to approve an obviously necessary decision. His response was reportedly in reaction to NATO and the West’s denial of imposing a no-fly zone over Ukraine

Even though the exit polls projected a Hung Assembly in Goa, CM Pramod Sawant made it clear that BJP will try to form the government under any circumstances. In an exclusive interview with Republic Media Network in Delhi on Tuesday, Sawant confirmed that he had discussed the election scenario in his meeting with PM Modi.

On International Women’s Day on Tuesday, March 8, President Ram Nath Kovind conferred the Nari Shakti Puraskars on 29 outstanding individuals for 2020 and 2021. Twenty-eight awards – 14 each for 2020 and 2021 – were given to the women in recognition of their exceptional work towards women empowerment, especially the vulnerable and marginalised. The Nari Shakti Puraskar is a Women and Child Development Ministry initiative to acknowledge the exceptional contributions made by individuals and institutions and to celebrate women as game-changers and catalysts of positive change in society.

US-based company Proctor & Gamble (P&G) has decided to continue their Russian operations and continue to support their employees and people of Russia. However, the company has decided to halt all new capital investments in Russia and suspend all their media, advertising and promotional work. Similarly, Japanese automaker Nissan is planning to discontinue the production at its plant in Russia citing “logistical challenges,” according to AP.

As the Russia-Ukraine war entered the 13th day, the latest visuals from the ground showed an attack by the Russian military on the Orthodox church of Kharkiv and the church in the village of Zhytomyr. Reporting live from the conflict zone, Republic Media Network had earlier recorded the devastation caused by Russian troops in Zhytomyr.

Assuring support for Akhilesh Yadav-led Samajwadi Party in Uttar Pradesh, Congress leader Rashid Alvi on Tuesday said that ‘if SP needs our help, we will stand with them’. He also showered support on SP while asserting, ‘Akhilesh will become CM’. Speaking on Punjab, the Congress leader added that ‘internal conflict’ may affect the result and refused to name anyone to pin the blame.

Ukraine President Volodymyr Zelenskyy on Tuesday dropped a big hint on the possibility of recognising Crimea as part of Russia and the breakaway Donbass and Luhansk regions to be recognised as independent regions. He said that a compromise could be discussed.