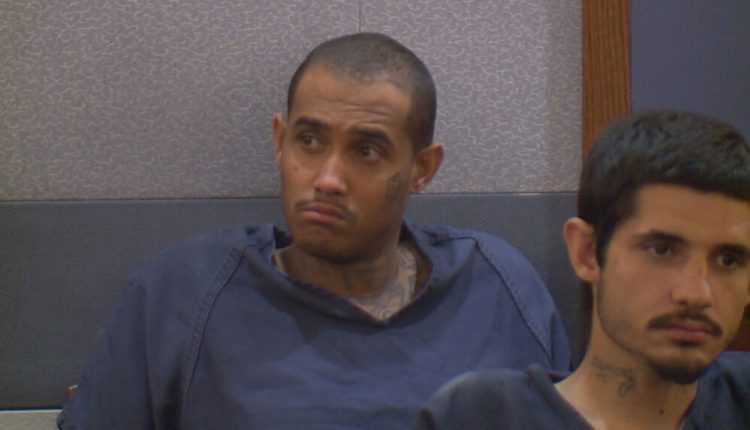 The man accused of running over a Dotty’s casino manager finally appeared in Las Vegas court this week. Samuel Schmid, 28, was charged with open murder for the crime during an appearance today (May 24).

On Monday, he failed to show up despite being in custody at the Clark County Detention Center. That led a judge to order him brought to court, adding the ominous “by any means necessary.”

The judge today appointed a public defender to represent Schmid, reported KSNV, a local TV station. That means he has the limited income level required to be represented by the Clark County public defender’s office.

Schmid will continue to be held without bail. His next court date is on June 2. He has yet to enter a plea on his charges. Beyond the murder count, they include robbery, battery, and conspiracy, the Associated Press reported.

Schmid was arrested on May 16 in Desert Hot Springs, Calif. in connection with the death of Alicia Gibellina, 60, at the Las Vegas gaming venue. He was extradited back to Nevada on Friday.

In prior incidents, Schmid was convicted for auto theft, robbery, and theft, the AP said. Two or more times he was sentenced to prison, the report adds.

The May 11 incident took place at Flamingo Road and Jones Boulevard in the unincorporated community of Spring Valley, Nev. He allegedly robbed a pocketbook from a player inside the Dotty’s gaming venue.

He then fled to a Mercedes SUV in the shopping center’s parking lot. Gibellina followed him into the lot.

She went up to a window of the SUV to confront him. Schmid, who was inside the vehicle, displayed a firearm.

Gibellina then backed away and moved behind the SUV. The vehicle suddenly went into reverse and ran her over. She was seriously injured and later died. The SUV fled the area.

Among the evidence likely to be presented in court are results from an autopsy. The autopsy confirmed Gibellina died from blunt force injuries. The Clark County Coroner’s office ruled her death a homicide, KSNV reported.

The SUV used in the crime was reported stolen. The woman who had her pocketbook stolen was also injured. She is expected to recover.

A GoFundMe page was set up for Gibellina’s family to help with expenses. As of today, the site had raised $11,135. They originally intended to raise $10,000.

Dotty’s is a chain with locations in Nevada, Oregon, and Montana. They feature slot machines.

Aztec Falls Online Slot from Microgaming • This Week in Gambling

The Next States with Regulated Sports Betting • This Week in Gambling