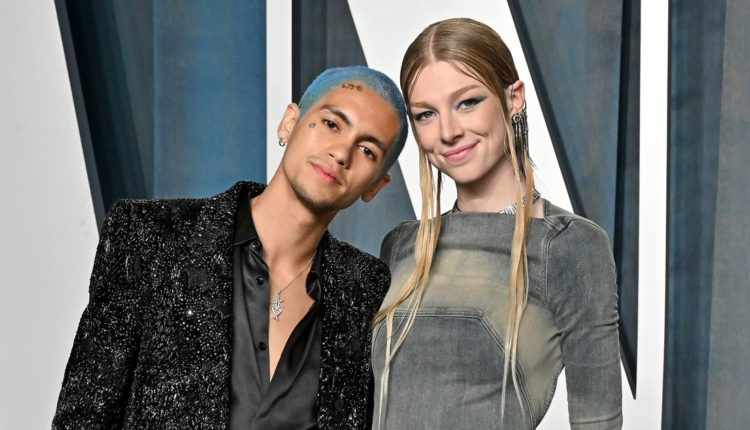 Long-rumored hot couple alert! Dominic Fike, whose character (along with heroin) broke up power couple Rue/Jules a.k.a. “Rules” in season 2 of Euphoria, confirmed that he is dating Jules’ actress Hunter Schafer. “Some people fall in love, like, fucking months after they meet, or years after,” Fike said in the June/July 2022 issue of GQ, “We developed an attraction — it sped it up so fast. We just really got to know each other so quickly.” The couple were rumored to be dating back in January, when they were spotted holding hands leaving The Nice Guy in LA. (Side note: That restaurant is eventful! A month later, Kodak Black and three others would be shot outside there.) The pair also walked the Vanity Fair Oscars Party red carpet together. In February Fike posted a pic of the couple smooching to his IG stories, as a mutual birthday celebration, but neither party has publicly commented on the relationship until now. In the GQ story, Fike says he went to the Prada store in Soho 8 times in 4 days in order to see Schafer’s ads for the brand. Oh, and to shop, duh. But Fike said seeing giant photos of his gf was the “best part” of those trips. Take that, shoes!

What Is Private Mortgage Insurance? 15 Things (2022) You Should Know