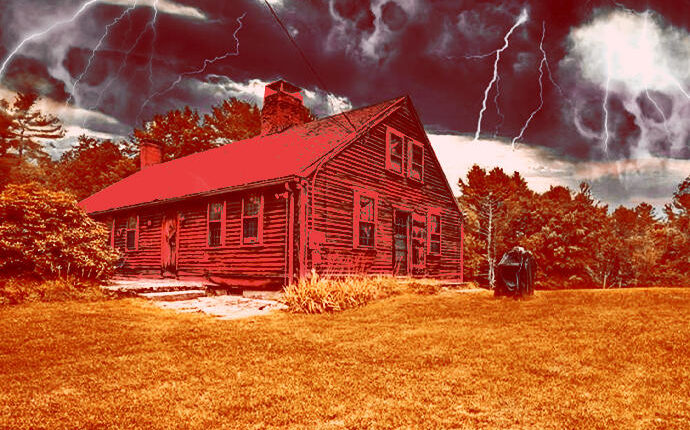 “The Conjuring” House In Contract Over Ask The Rhode Island home that inspired 2013’s “gleefully creepy” horror film “The Conjuring” is in contract for $300,000 more than the asking price – and a condition that the buyer can’t live there.

The house, bought by paranormal investigators Jenn and Cory Heinzen for $439,000 in 2019 and run as a business where visitors can stay overnight, is under contract for $1.525 million, well above last September’s listing price of $1.2 million, according to the Wall Street Journal.

The couple received more than 10 offers when they listed the home at 1677 Round Top Road in Harrisville, just below the Massachusetts state line, including an anonymous all-cash one significantly above the asking price. None of those potential buyers were willing to be interviewed, a requirement for the sellers.

The eventual buyer, Boston real estate developer Jacqueline Nuñez, agreed to honor overnight stays booked for the rest of 2022. The Heinzens stipulated that Nunez can’t live there – for her own safety.

Built around 1736, the house was the focus of the film, which depicted events that were said to have occurred there in the 1970s.

Andrea Perron, who lived there with her family from 1971 to 1980, said her mother levitated at a 1974 séance and was tossed 20 feet across the room and knocked out — an event that Perron says traumatized her for life. The Perron children said they saw apparitions who vanished, a scythe flew off a beam and nearly decapitated the mother and one daughter reported that she was slapped by an unseen force.

The film covers the time when well-known paranormal investigators Ed and Lorraine Warren volunteered to help the Perrons. Andrea Perron said she approves of the buyer, saying, “I believe the house chose Jacqueline the same way it chose us. It wants her light.”

The home itself serves as a time capsule, featuring hand-dipped candles, bundles of dried herbs and an unfinished wooden staircase that leads to a stone-walled cellar below.

The Heinzens, who lived in a private dwelling they created in the barn, said the space was becoming too confining and living there was too emotional.

Nuñez, who says she doesn’t believe the home contains a demon as depicted in the movie, plans to team up with the Perron family for special events. The Heinzens, who own a second home in the Maine village of Mexico, said they plan to return to help host paranormal investigations alongside Nuñez.