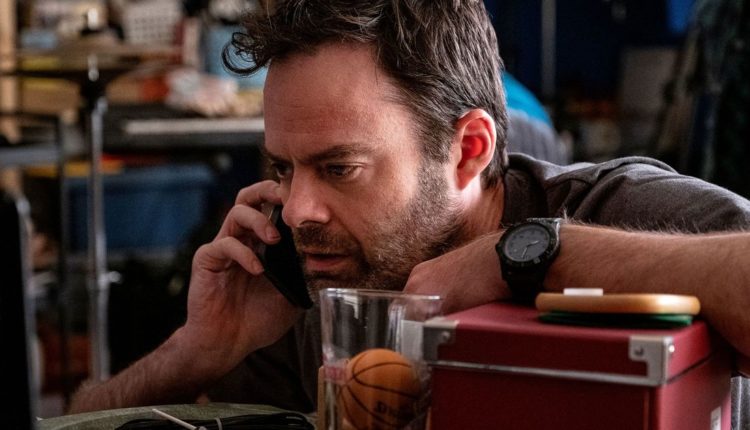 It’s important to remember that Barry is a comedy. As dark as season three has gotten — and as dark as it remains — it continues, every episode, to produce more laugh-out-loud moments than most current comedies that aren’t named The Other Two. What prevents the conflicting tones from being jarring is how well they work in concert: Humor naturally arises from the absurd scenarios that our main characters experience in the inherently absurd setting of Hollywood.

Take the extended chase scene that makes up most of the second half of “710N.” It’s a follow-up, of sorts, to last season’s “Ronny/Lily”: an elaborately choreographed piece of action filmmaking that works in this show because of its silliness. Or take Mitch, the ex-drug dealer and current beignet chef from L.A. who dispenses sage wisdom to every customer, both the named characters and, in one particularly funny instance, another customer with her own family drama.

Mitch’s scenes are probably the comedic peak of the episode — in no small part because of the actor’s unmoving deadpan. It pairs perfectly with director Bill Hader’s low, static shots in all three of Mitch’s appearances. He offers advice to three of our regulars, giving the show an excellent excuse to have its characters rattle off some efficient exposition about what’s going on and how they’re feeling.

First, there’s Sally, who rants about the algorithm that killed her show and the people at BanShe who want to meet to discuss a new opportunity for her. Mitch probably isn’t wrong when he points out that she shouldn’t rein in her ambitions by groveling for opportunities from the people who didn’t support her work; after all, he once had the same experience at a churro shop and eventually realized he had to believe in the abilities he knew he had. That’s how he ended up selling beignets, after all. (Inspiring.)

Still, it’s hard to blame Sally for ending the episode with the opposite conclusion: joining a writer’s room might offer the money and relationships she needs if she wants to have longevity in this industry. That’s true even if The New Medusas (a scarily plausible concept) is a downgrade from Joplin. We hear more about the show in a perfect scene bringing in Vanessa Bayer as Morgan Dawn Cherry, an exec who has an immediately comfortable producer-agent rapport with Lindsay. The conversation devolves into an incomprehensible back-and-forth of grunts and facial contortions, all hilariously conveying meaning about the vibe that BanShe is looking for.

It’s the first but not the last time that Mitch is onto something. When Hank comes into the shop to vent about Cristobal, Mitch suggests they run the business together (a spinoff idea ripe with potential). More critically, though, he points out the numerous very big red flags that should make Hank reconsider whether he wants to be with Cristobal at all. I mean, the guy didn’t mention he had a wife and children! After all that Hank and Cristobal have been through, it might be that huge lie that tears them apart.

But mostly, this episode is about Barry’s past finally catching up to him on all fronts. His old military buddy Albert Nguyen realizes Barry was probably behind the house explosion (and the monastery massacre) when he recognizes the perpetrator as ex-military. Taylor’s sister Tracy and her family of motocross stars are getting much closer to finishing the job Julie and her son botched last week. And there’s Sharon, the wife of Barry’s buddy Chris from season one, who gets the most done, inviting Barry to her own home and poisoning him. He doesn’t even expect a thing until he sees the Kenneth Goulet business card.

“710N” repeatedly messes with our expectations of which of these threats will matter most. Initially, it feels like the episode is building up to a character-driven veteran-dinner climax where Barry will be forced to confront his memories of the war — and Albert will simultaneously confront him about what he did or gather some important evidence. The third and final conversation with Mitch prepares us for that, as Mitch gives Barry the sound advice to test the waters with a Zoom session before meeting old friends in person.

Then the episode swerves away from that idea entirely, devoting a huge chunk to a long, tense, very fun chase across L.A. There are too many good moments here to list them all, but the tension really ratchets up when Barry steals a bike and hits the expressway, weaving through traffic and gunfire. The long shot of Tracy biking up onto the roof of a used car dealership, only to get killed by a vigilante salesman, is another highlight.

But the final twist is the biggest because Barry does manage to take care of all the bikers, and he does somehow make it to the dinner. But the big threat in this episode isn’t the LAPD or the grieving family members we expected; it ends up being the most unassuming of them all, the friendly widow who’s known Barry for years. When Barry starts to gag on his food and Sharon says the episode’s final line — “Die, you motherfucker” — there’s so much unexpected rage and pain there. There’s a poignancy to Sharon, as a character, that isn’t there with a stranger to us like Tracy. It fits that she’d be the first to really leave a mark, even if there’s no way our title character is going to die at this point.

But there’s no sign of these attacks stopping. Even if Barry does manage to wriggle out of Sharon’s trap, Fuches is still busy recruiting potential backups. Janice’s father Jim is a big get; Janice was, to me, easily the most tragic death of the series, and murdering her was perhaps one of Barry’s most unforgivable acts. The episode frames him like a sort of boss-level threat as he calmly arranges a meeting with Fuches over the phone.

But it’s not enough for Fuches to bite at first. After being shot and left for dead by Tracy’s goons, he wakes up on a farm 20 miles outside of Los Angeles. It’s not remote in the way his Chechen home was, but it’s still enough to lull Fuches into entertaining the possibility of leaving the crime life for the second time in the season. This time, the circumstances are even more enticing: Fuches’s beautiful healer Anita is really falling for him, and she belongs to a larger community that he could really make his own. He even has the respect and approval of her father, who tells him to “abide by the signs God gives you.”

But Fuches is still looking for an excuse to abandon this new life and succumb to the temptation of revenge. So he reacts the same way to Anita’s father’s advice as he did the Chechen fable from “Ben Mendelsohn”: He misinterprets it, spotting a crumpled-up Variety on the floor and seizing on it as a sign that he should see his original plan through. It’s a little bit of a retread for Fuches’s story line, honestly, but it hammers in the point that at this point nothing could shake him from his obsession.

We’re reaching a breaking point for Barry; even if he successfully eliminates the threat of every grieving family member who’s trying to kill him, there will be no way to stop the cycle of violence at this point. He can keep turning to bribery for his nonviolent threats (Gene) and “self-defense” against the people who want to kill him. Eventually he’s going to have to surrender to the punishment his victims choose. He can’t always have it his way. That’s more than he deserves.

• As a result of the public rehabilitation of his career, Gene is offered an opportunity to teach a televised master class on acting. In a good-faith gesture, he proposes he and his ex Annie Eisner collaborate on it, even suggesting she take the whole thing. Yay to more Fred Melamed, yay to more Laura San Giacomo, and yay to putting your money where your mouth is!

• When Barry accidentally says “I love you” to Sharon on the phone, he makes it way worse by first alluding to his breakup and then implicitly likening Sharon losing her husband to his own situation. (“You know what I mean, right?”) Not a great look, but very funny.

• Also not very self-aware: Barry’s loud, public dictation of a text apology to Sally, enumerating all the scary things he’s said and done to her recently.

• Mitch: “This one guy was, like, super MAGA, trying to get me on anti-CRT shit, and the other dude made me watch videos of dads rapping; it was corny as fuck.”

• Fuches: “What do you and your people call water?” Anita: “Water. You know you’re only 20 miles outside of L.A.? There’s a Starbucks right over that hill.”

• Anita’s father: “I think she wants to be boyfriend and girlfriend.”

Justice Department says it will review the police response : NPR