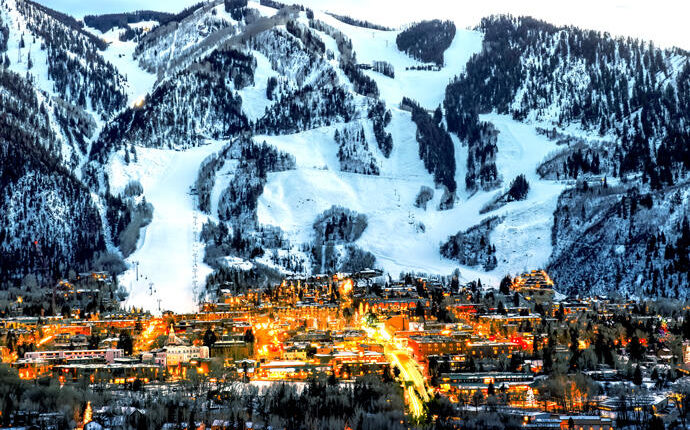 The daughter of a Texas oil magnate is trading one Aspen, Colorado mansion for another.

The Wall Street Journal is reporting Christy Thompson, the daughter of deceased Texas oil executive J. Cleo Thompson, has unloaded one mansion near the center of town in an off-market deal for $60 million and is working on picking up another — just a few miles away — for $51 million.

The second deal has not yet closed, according to the report.

The new, custom-built house being purchased by Thompson and her husband, Stephen Hill, is 15,000 square feet with high-tech features including a system that sends additional oxygen into the master bedroom to mitigate the altitude. Built in 2009, the four-bedroom house has a pair of glass elevators near a window offering views of the surroundings while traveling up or down. It also includes a Golden Age of Hollywood-inspired movie theater.

The buyer of the downtown area home is Todd Lemkin, chief investment officer at Canyon Partners, the Dallas-based investment firm, who earlier this month sold an historic home in the center of Aspen for $32.25 million, according to the newspaper.

Liz Leeds of Slifer, Smith & Frampton and REALM, who represented Thompson and Hill, said her clients had not planned to sell, but did so after receiving an off-market offer they couldn’t refuse.

Lemkin’s new seven-bedroom home is about 16,700 square feet and includes an indoor swimming pool, a golf simulator, a bowling lane, a wine cellar a spa, and a garage with a rotating car turnaround. The property, which has been rented by a number of celebrities, including the singer Rihanna, also has a 40-foot high entrance foyer with a 30-foot waterfall wall, according to the report.