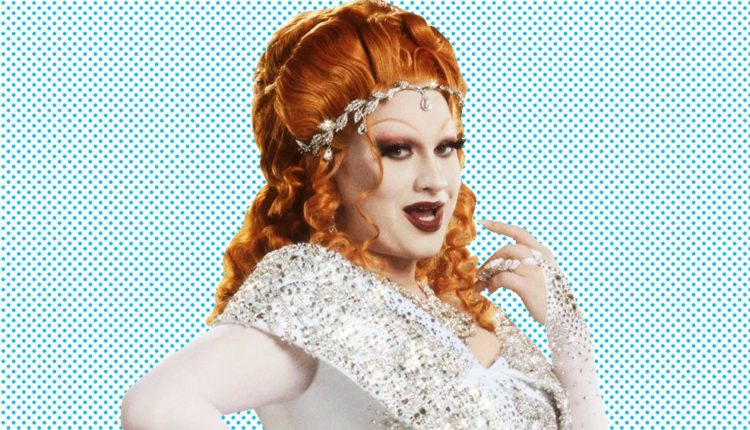 Jinkx Monsoon already perfected the Snatch Game once. During her winning run on season five of RuPaul’s Drag Race, her Little Edie Beale became one of the first truly classic Snatch Game characters, with not a comedic moment wasted — even the ones already wasted by her competitors, like that JFK reference that Ivy Winters’s Marilyn Monroe inexplicably missed. (Talk about quite the scandal!) The expectations couldn’t have been higher for Jinkx on the all-winners All Stars Snatch Game, yet somehow she delivered even more.

Yes, part of that was by design, with the queens required to turn out two impressions apiece. But mostly it was by sheer talent, with Jinkx defining what it means to steal a show as Judy Garland. Following up her spot-on Natasha Lyonne, Jinkx pulled out all the stops as Garland. The offhand jokes (calling Ru “Broom”) hit just as well as the big ones (who knew that about Frank Sinatra?), all sandwidged between two Garland-esque renditions of RuPaul songs and a hell of a callback to season five’s Dave, who thought he killed Judy Garland. A queen’s goal in Snatch Game is to make RuPaul laugh, and Jinkx left him absolutely breathless, leading her to win her first Legendary Legend Star.

Now, just three episodes into All Stars 7, Jinkx is at the top of the competition. This week’s episode proves that even more, with Jinkx already being eyed for alliances, proving her fashion bona fides with her “What Ever Happened to Baby Jane Fonda?” ball look, and overall being enough of a threat to earn her first block. Vulture caught up with Jinkx to talk looks, her blocking strategy, and all things Snatch Game.

I want to start with this week’s episode. We as viewers know, as you said, that you’re not the biggest design queen. At the same time, you knew that the ball challenge was going to happen. Were you preparing or practicing at all ahead of it?
I prepared to an extent, but there’s so much to prepare for that I very realistically said to myself, I’m not gonna win a ball challenge. I just wanna do better than the last time I competed in a ball. So I think my strategy was just to get through it. There was so much to focus on that I really wanted to lean into my strengths. I had a game plan for when I had to design my own look, but I kind of lost sight of my game plan about halfway through, and thank God Trinity came in and talked me off the ledge. But like I said, I never went into the competition thinking, I’m gonna win a ball challenge this time. [Laughs.] Of course, that would’ve been a lovely moment of redemption, but I was happy to just get through it and then be in awe of the talents of the queens who do sew and design.

Do you feel like you did better than the season-five ball?
Yes, because objectively, the season-five ball, I had three flops. I mean, I loved my executive-realness look, so whatever. But this time, at least with my “What Ever Happened to Baby Jane Fonda?,” I knew that that was gonna be a really good moment for me, and I was really excited to wear that look on the runway. So I kind of put all my eggs in that basket and said, If this one look is stellar, then at least I can feel better about this ball than my last ball. And in the end, the look that I constructed myself, it stayed together on the runway; I was able to wear it the whole time; it didn’t fall apart; I had something to wear. I patted myself on the back to at least make it there.

So congratulations on your first win — for that wildly fantastic Snatch Game performance.
Thank you so much.

Our recapper mentioned all these other impressions that you do: Bette Davis, Liza, Joan Cusack. How did you land on the two that you did for Snatch Game out of so many possibilities?
A big part of it was finding two characters that contrasted so that I could show a range. I was thinking if I did, like, Judy Garland and Bette Davis, that’s kind of from the same realm and might not show as much of a range of capabilities. I actually decided on Natasha first — and very early on — and then I knew I was gonna go Old Hollywood for the second one. For Snatch Game, it’s really about finding the balance between comedy and someone iconic — someone who’s gonna resonate with a broad audience.

With Judy, it was a character I had been working on for a while, and I thought that she might kill at Snatch Game, but I had to get the blessing from my friend Thirsty Burlington first. Thirsty is an amazing impersonation drag queen in Provincetown, and she’s the one who unlocked Judy, and gave me my gateway into Judy, and taught me what was fun to do about Judy. So when she gave me her blessing, it was a no-brainer that I was gonna go that direction. I always start with the voice with any character that I do, and with both Judy and Natasha, they have such iconic voices that once I started nailing the voice, I was like, This is the route to take.


Judy had not been done on Snatch Game and is this iconic figure in queer culture. Did you have any reluctance or trepidation?
I don’t know that I had reluctance or trepidation. I love that drag queens get to keep certain aspects of queer culture alive. We take iconic moments in queer history and remind our audiences of them. So that was my thought behind Little Edie, and that was my thought behind Judy Garland as well. Of course, Judy Garland has a tragic story, and I think that the tragedy is something that resonates with the queer community. So much of our lives, even with so much progress and acceptance that we’re experiencing nowadays, there’s still a lot of heartache and tragedy, and we’re still fighting for our rights — we’re still fighting for our freedoms as human beings to live our truths and constantly getting pushed back. So, for me, I think showcasing someone who is iconic and remembered fondly but also had a lot of trials and tribulations, that’s what drag queens do: We find the beauty in the tragedy, and we turn pain into art.

You also made a lot of great jokes along the way. Between the two characters, were you disappointed about any moments that didn’t make it in?
No, I think they really showcased what I was happy with in my Snatch Game performances. There was one moment, and I understand it getting cut, but when I was talking about the Kandy Muse sandwidge — earlier, I had said, “I was in a Frank Sinatra–and–Dean Martin sandwidge. And Frank Sinatra’s penis was so big, yada yada yada.” And then when I brought up the sandwidge again, I said [in a Judy Garland voice], “Did I ever tell you about the time I was in a Frank Sinatra–and–Dean Martin sandwidge? Let me tell you, Dean Martin’s penis was —” So I did the joke again, but, you know, it was the other person. And that really cracked Ru up, but it was just a rehashing of the joke. Personally, I thought it was really funny to do the exact same joke again with one detail changed.

I don’t think I’ve ever seen RuPaul or Michelle laughing so much.
Well, I always say that of all of my victories throughout my Drag Race experience, getting Ru and Michelle to crack up and lose their shit — that’s always my favorite personal victory.

Can you tell me more about the idea to turn the RuPaul songs into Judy Garland songs?
Such a big part of Judy is her singing voice, and it’s how a lot of us know Judy, especially the old-school queens. So I really wanted to get some of Judy singing in there. But, you know, you have to be smart about what you sing on TV. So I was like, Well, I could sing public-domain songs, or I could sing RuPaul songs, and that was a no-brainer. I don’t think it aired, but RuPaul said it was very smart of me to sing RuPaul songs in that moment so that we could actually get them to air. When I decided to do Judy, that was one of the first things I decided on: I’m gonna do Judy Garland singing RuPaul songs.

In this week’s episode, there’s this moment when you turn down an alliance with Trinity and Monét. So is it fair to take that as, with the blocking and all, you’re down to play the game a bit going ahead?
Yeah. My blocking strategy is simply to even the odds. It’s not based on any personal vendettas or any personal emotions; it’s really just, What do I think is the best decision in this moment? and Who’s doing the best? and Who do I have to slow down? I didn’t want anything to throw me off of the game plan I had made for myself, and my game plan didn’t include an alliance, so I stuck to what I had worked out for myself.

10 items that should be on your Rangers Game 7 checklist