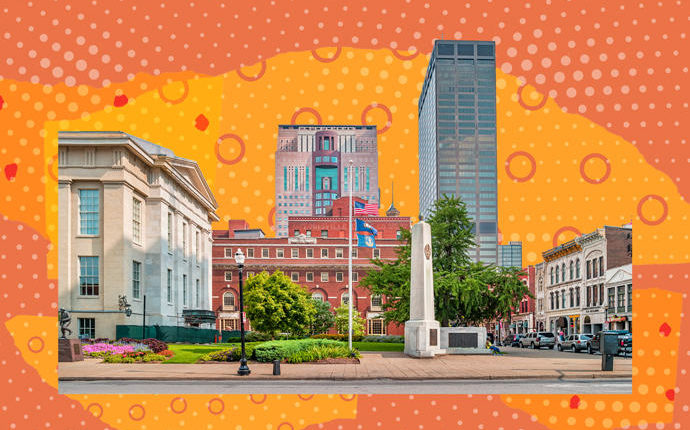 Generation Z looking to mid-sized cities when buying a home They are the Gen Z places to be.

The New York Times is reporting members of Generation Z — those born between 1997 and 2012 — are gobbling up homes in mid-sized cities such as Louisville, Kentucky, Salt Lake City, Utah and Oklahoma City, Oklahoma, where between 15.3 and 16.6 percent of mortgage offers are going to that age group.

Meanwhile, coastal cities such as New York, San Jose and San Francisco have had between 3.6 and 4.5 percent of new mortgages going to Gen Zers.

Salt Lake City, which has finance, medical and tech industries drawing young professionals, topped the list for the second year in a row, according to Jacob Channel, the senior economic analyst for LendingTree.

Louisville climbed into the No. 2 spot from seventh place the previous year, outpacing Oklahoma City, which dropped one spot into third place.

The median asking price of a home in Salt Lake City on the market between March 2022 and April 2022 was the most between the three cites at $699,000, according to RocketHomes.com. In Louisville, houses go for much less, with a median price of just $224,980. And Oklahoma city homes have a median listing price of $254,625.

Channel added that the introduction of remote work for Gen Zers has increased interest in smaller cities, but pointed out in the report that rising interest rates were making home purchases more difficult in 2022 than they had been in previous years.