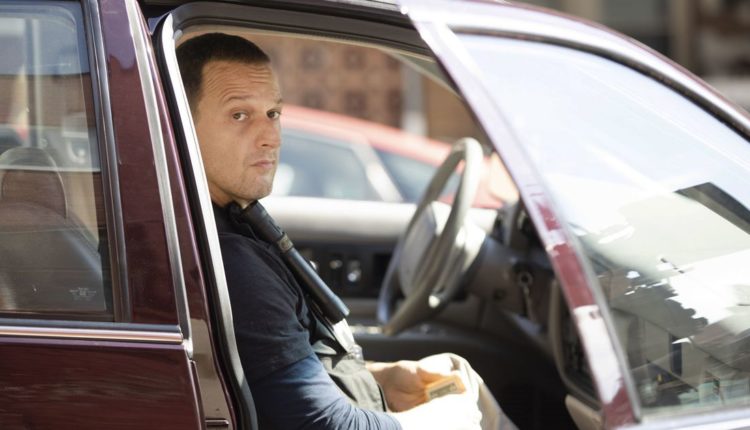 ‘We Own This City’ Miniseries, Episode 6 Recap: ‘Part Six’


There’s a scene in the Steven Soderbergh movie Traffic where Michael Douglas, playing the newly appointed head of the President’s Office of National Drug Control Policy — a.k.a. “the drug czar” — meets with his predecessor, played by James Brolin. Brolin tells him a story about Nikita Khrushchev writing two letters to his successor, Leonid Brezhnev, after he was forced out as leader of the Soviet Union. When Brezhnev got in a sticky situation, he was advised to open the first letter, which told him to “blame everything on me,” and it would work like a charm. When he got into another situation, he could open the second letter, which told him to “write two letters.”

Sure enough, what Douglas learns on the job is that the drug war is destructive and unwinnable, a never-ending battle with different public officials doomed to repeat the same mistakes. Change is promised and not delivered, but surrender is not an option, despite The Onion declaring drugs to be the winner of the drug war about 25 years ago. The best that individuals can do is to mitigate the tragedy as much as possible — and that’s taking a hard and ultimately disillusioning road.

There’s a scene in the righteously angry finale of We Own This City, written by David Simon, that’s a version of the “two letters” speech, offered by the last person we’d want to deliver it. All season long, Nicole had been working with her protégé, Ahmed, on writing a consent decree for the Baltimore Police Department, intended to address a culture of corruption and brutality that’s eroded trust between the department and the citizens it’s ostensibly serving. Unlike Douglas in Traffic, she did not arrive naive to the difficult political realities she’d be facing in suggesting reforms — the hostility of police unions and the rank-and-file, the budgetary priorities of a cash-strapped city, and the coming changes to the Department of Justice under Jeff Sessions. But, in the end, the futility of trying to chip away at these intractable problems gets to her, and she decides to quit rather than cool her heels for four-to-eight years, depending on how long the Trump administration will disempower the Civil Rights office.

And so, as she’s boxing up her things, Ahmed turns mildly apoplectic: Is his adviser ending his orientation by telling him that what they’re doing doesn’t matter? Nicole gives it some thought and responds, “I’m saying it’s your turn, motherfucker.”

That’s a Simon-ism, echoed among the heroes of shows like The Wire or miniseries like Generation Kill and Show Me a Hero. What does a good person do when they’re searching for justice in a fundamentally unjust situation, whether it’s the drug war or the war in Iraq or segregated housing in Yonkers? They can put their heads down and do their jobs to the best of their abilities and perhaps make a difference on the margins. They might develop a drinking problem or ruin their marriages along the way, and they will often face disappointments, as Nicole does here, when the system crushes their efforts. Others, like Ahmed, will take up the good fight, but they should expect more than small, qualified victories within institutions that will continue to fail.

Suiter takes a different option. When the FBI questions him about the incident where Jenkins planted drugs in a car after a high-speed chase resulted in a fatal crash, Suiter has to square up to a past he thought he’d successfully elided. The FBI doesn’t believe that he’s the person who did the planting, but it does need him to testify before a Grand Jury, and his participation in the whole affair is likely to cost him his job. Though the show notes that the real-life Suiter’s cause of death officially remains a homicide — rare to get postscript titles so long before an episode ends — it endorses the findings of an independent investigation that suggests it was a suicide.

It’s a devastating death on two fronts: For one, it doesn’t happen if Jenkins admitted to planting the drugs rather than issuing a denial. (Which becomes even more insidious when Jenkins leaves it out of his guilty plea after Suiter dies and cannot defend himself.) For two, Suiter really does feel guilty for doing the wrong thing at the time. He didn’t take the road of Jenkins’ other recruit, K-Stop, who rejected the “hypothetical” idea of looting suspects and was quietly steered away from the GTTF. His solution was to stay quiet and eye the nearest exit, which is understandable but not the noblest way out. The stink of his association with Jenkins seems, to the FBI agents, relatively minor compared to the men who were actively involved in a criminal scheme. But it’s not minor to Suiter, who seems to decide that he can’t live with the shame. It’s another example of how stealing from purported criminals was not the victimless crime the GTTF members seemed to believe it was.

There’s a lot of soapboxing in the dialogue here, much of it fed directly through Nicole’s storyline since she’s the one tasked to look at the bigger picture and address the dysfunction that’s part of day-to-day life in the department. That makes a character like Kevin Davis, the commissioner, such a valuable piece of the puzzle. Delaney Williams was such an avatar of police do-nothingness in The Wire that his thoughtfulness and shrewdness as Davis has been a constant surprise; it’s not as if Davis is noble to the point of political recklessness, but he’s sincere in trying to make progress within the constraints of the budget and his tenuous job security. It may lead him to one massive honker of a mistake, where he touts the GTTF as an example of high-quality policing in the newsletter, but even then, he’s trying to make change palatable.

As for Jenkins, he goes down as a scoundrel and a notably common one at that. The key line of dialogue comes in the first scene when he waves off his lawyer and defies the possible plea deal on the table. He tells the FBI, “I’m one of the most talked-about, most celebrated officers in the history of this city. Do you not find it odd that all of the sudden I’m the mastermind of this whole thing?” He means it as a rhetorical question, but it’s actually not difficult to answer at all: “No.” It’s not odd that the most celebrated officer of a corrupt department is corrupt. For a plainclothes task force with no accountability and endless opportunities for criminal mischief, We Own This City argues that it’s almost inevitable. And when the new commissioner quietly revives plainclothes units, the cycle begins anew.

• “First of all, I’m innocent” is not the best start to negotiating a plea deal.

• There’s more than stupidity and naivety to go along with Jenkins’ arrogance, as demonstrated first in the botch plea discussion when he asserts his innocence despite incriminating recordings and “a multitude of witnesses.” Then later, he tells his lawyer that he’s going to get on the stand and win, not realizing that nearly all of his subordinates on the task force have already turned on him.

• It’s a mercy for former Baltimore mayor Catherine Pugh that the reason why her term unraveled and she received a three-year prison term for fraud, tax evasion, and conspiracy. You can read about the whole weird affair here, but it involved “self-dealing” in connection with sales of her self-published children’s book series Healthy Holly.

• “We are the people the police department hunts and kills and captures. And you’re bringing me a piece of paper saying there are going to be new rules on how they can hunt us.” Nicole’s conversation with the street poet seems to be the final straw. Whatever the department is cannot be reformed.

• It’s heavy-handed, perhaps, but it’s nonetheless fascinating to watch Nicole and Ahmed witness how the justice system works when it comes to drug offenders. Just Black men, with little to no representation, shuffled through the system without a hearing. Nicole says, “We built this machine with half the damn country, the part with money and power, chew up the other half that didn’t have anything to begin with. Watch it work. If this is what we want, then the Freddie Grays, the Eric Garners, the Michael Browns are what we get. Every page of every court order we write won’t fix it.”