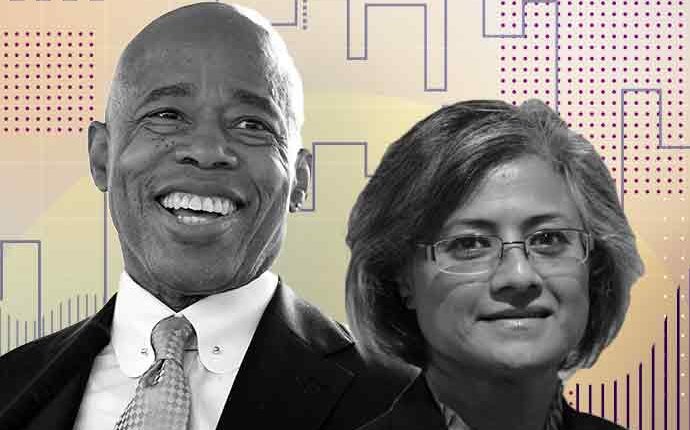 Mayor Eyes Shampa Chanda as Board of Standards and Appeals Chair Mayor Eric Adams will soon tap a new chair for the Board of Standards and Appeals in one of his final real estate–related appointments since taking office in January.

The administration is considering city planner Shampa Chanda as the chair of the agency, according to five people with knowledge of the situation. The selection is not set in stone and would ultimately need approval from the City Council.

Chanda spent more than 25 years in various roles within the Departments of City Planning and Housing Preservation and Development, according to her LinkedIn page. She has been a commissioner for the BSA since 2015, most recently serving as vice chair.

“We do not comment on pending appointments, and no appointment is confirmed until it is formally announced,” a spokesperson for the mayor said in an email.

The administration has been more cautious with appointments since the mayor’s widely reported pick to head the Economic Development Corporation did not work out: Carlo Scissura stayed on as president and CEO of New York Building Congress after questions arose over his past advocacy work for a developer. The mayor later named Andrew Kimball, who had been running the private business campus Industry City, instead.

The BSA is an important panel to the real estate industry. It considers applications for zoning variances and other forms of relief from the zoning code, as well as appeals of decisions by the Department of Buildings and other agencies. Its five members are appointed by the mayor and serve six-year terms.

Though the agency’s decisions do not draw the same scrutiny as rezonings that go through the city’s land use review process, they can have major implications for developers. The BSA was at the center of a dispute over 200 Amsterdam on the Upper West Side; the board upheld the Department of Buildings’ controversial approval of the 52-story condo.

Critics of the board have pointed to its high approval rate for applications, seeing it as a rubber stamp for developers seeking to bypass city zoning rules. Industry professionals have countered that many developers abandon proposals after initial meetings with the board make it clear that their projects will not be allowed.

Some attorneys who work with the board are hopeful for its future.

“This administration has stepped forward and said that the city is dysfunctional, and they want to move things forward,” said Steven Sinacori, a partner at the law firm Akerman. “I believe going forward, this administration will use [the board] effectively.”

Asked about the possibility of Chanda becoming the next chair, attorney Mitch Korbey, who chair’s Herrick’s land use and zoning group and formerly served on the BSA and in the Department of City Planning, described her as a “very fair, super smart, and extremely well-rounded public servant.”

The BSA figures to take a larger role in affordable housing development given the pending expiration of 421a, said Christian Hylton, who co-chairs Phillips Nizer’s land use and government relations practice. Developers can apply to the BSA for adjustments to the affordability requirements under the city’s Mandatory Inclusionary Housing program if they show that they pose a hardship. Hylton noted that the program was designed to work in tandem with the property tax break, and its expiration will put a financial burden on MIH projects.

“That will put BSA squarely in the conversation,” he said.

There is a perception in the industry that the BSA has been unwelcoming to variance applications in the past few years, though a decrease in such proposals could also be attributed to the number of large-scale rezonings proposed under the de Blasio administration; developers may be more hesitant to seek exceptions to local zoning if the rules are in flux. Variance applications could increase under the Adams administration if fewer large-scale rezonings are approved.