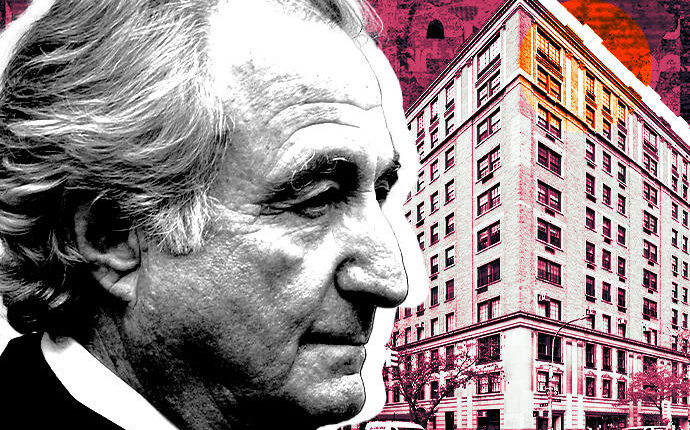 The Upper East Side home where disgraced financier Bernie Madoff was arrested in 2008 has hit the market for the third time in a dozen years.

Real estate investor Lawrence Benenson, who bought the penthouse at 133 East 64th Street in Lenox Hill for $14 million in 2014, is asking $18.5 million for it, according to Crain’s. The listing includes the adjacent apartment 11C, which Benenson bought for $4 million in 2016, meaning he will essentially break even on the sale if the listing fetches its asking price. Buyers can choose to buy only Madoff’s old apartment for $15 million.

The listing, with John Burger of Brown Harris Stevens, may include some attempts to conceal the co-op unit’s history. Its name has been changed from Penthouse A to Penthouse S, according to Crain’s, and the seven-bedroom apartment has been redecorated to trade in the more somber tones preferred by Madoff for white rugs and furniture. After Madoff went to prison in 2009, toy mogul Alfred Khan bought the penthouse from the U.S. Marshals in 2010 for around $8 million. He sold it to Benenson four years later for $14.5 million. Madoff died last year in a prison hospital while serving a 150-year sentence for orchestrating the largest Ponzi scheme in history, defrauding his clients of just under $65 billion.

The notorious con man wasn’t the prewar co-op’s only infamous resident. Matt Lauer, the disgraced former host of NBC’s “Today” show, bought a four-bedroom unit in there in 2004 for $5.9 million and sold it for $8 million in 2018, shortly after his firing from the network amid sexual misconduct allegations.

May 2022 Quilt Projects | A Quilting Life