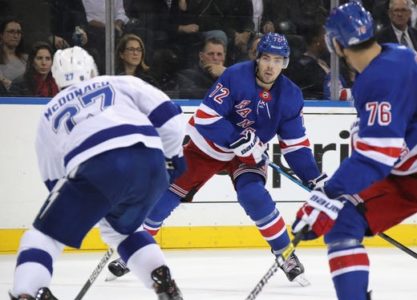 Shesterkin vs. Vasilevskiy. That’s the story of the Eastern Conference Final. Apparently the Rangers and Lightning are playing too, but no one else is mentioning that. You know what else no one is mentioning? That the Rangers again have a shot to win. All the pundits, yet again, picked Tampa. Shocker, I know, since everyone picked the Canes too. Hurricanes have lightning, so perhaps that’s a theme.

This isn’t going to be an easy series for either team. Both are built similarly with high end skill, good goaltending, and depth throughout. Where Tampa is lacking right now is at center, whereas they have an advantage on defense. Both are slight advantages for both teams, so let’s call it a wash.

Execution is key. The team that actually follows their game plan will have the leg up. But for the Rangers, they need to take advantage if Brayden Point is truly out.

Andrei Vasilevskiy gets the start.

Igor Shesterkin gets the start.