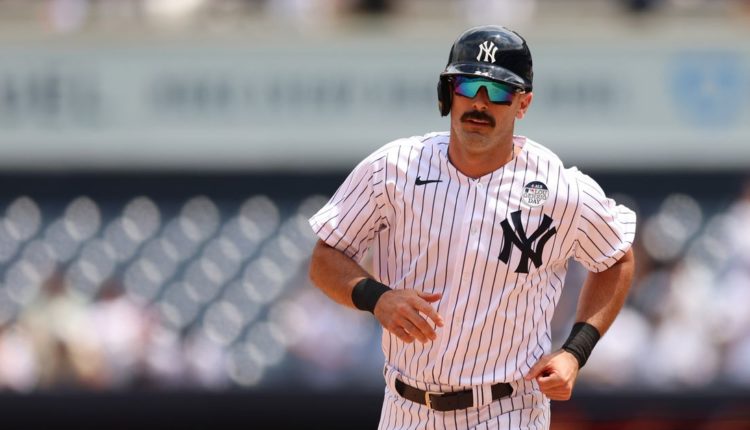 
NY Post | Jenna Lemoncelli: Matt Carpenter has a flair for the dramatic, apparently. The veteran has had three hits since putting on the pinstripes, but he’s managed to place them all in the seats, and he’s made a bit of history in doing so. Carpenter joins Kyle Higashioka and Alfonso Soriano as the only Yankees to have their first three hits for the organization all be homers, inserting himself as a contributor despite not knowing that he would even be on this team at the start of the year. Carpenter’s been a positive influence on the clubhouse as well, as Aaron Judge attested to picking his brain on how certain at-bats went.

Sports Illustrated | Pat Ragazzo: It’s no secret that the Yankees have been getting nothing from the outfield sans Judge, and in particular Aaron Hicks has come under fire as a player who could be replaced at the deadline. Now that we’re into June the rumor mill is starting to churn, and Pittsburgh’s Bryan Reynolds is a name that Ragazzo sees as a potential fit. The Yankees were interested in Reynolds last year while he was playing through an All-Star season, but this year has been a bit of a flop for the young outfielder. It’s possible that they could try to buy low on Reynolds, but the Pirates need value if they’re trading him and the Yankees need an immediate contributor.

CBS Sports | Dayn Perry: The Yankees rocked Shohei Ohtani in the first game of their doubleheader on Thursday, launching three home runs and slapping eight hits overall in just three innings. Ohtani wasn’t just getting hit around though, he couldn’t get any swings and misses — he managed just three in his outing. Afterwards, Angels skipper Joe Maddon suggested that Ohtani might have been tipping his pitches, but said that if that was the case then the Yankees must have picked it up naturally, saying that the Yankees are good at reading pitchers. Aaron Boone took it as a compliment and agreed with Maddon’s assessment about his guys, adding that “we’re gonna hopefully continue to be good at it.”

Baseball America: The minor leagues have been running for a few months now, and the major scouting spots are starting to update their prospect rankings. It’s been a slow start for the Yankees’ top prospects Anthony Volpe and Oswald Peraza, but Volpe has started to heat up. Volpe slid down a single spot in BA’s latest report, going from eighth to ninth, while Peraza had a bit of a fall but solidly remains a top-100 prospect at the 67th slot.