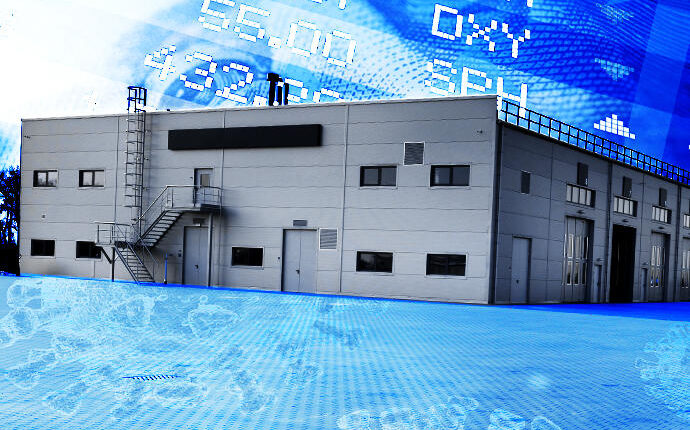 The following is a preview of one of the hundreds of data sets that will be available on TRD Pro — the one-stop real estate terminal that provides all the data and market information you need.

Last year was a strong one for real estate investment trusts, and now, two years since the start of the pandemic, most publicly traded real estate firms have regained their footing. But their gains — and losses — have varied widely between sectors and companies.

To see which firms have fared the best since Covid arrived, The Real Deal analyzed the performance of 45 publicly traded companies in the residential, industrial and commercial real estate sectors and compared the changes in their share prices over the two-year period from Feb. 1, 2020, to Feb. 1, 2022.

As one may have expected, given the explosion of ecommerce and the need to make room for home offices during Covid lockdowns, firms specializing in last-mile logistics and self-storage facilities performed extremely well and dominated the overall ranking’s top 10 spots.

The top six were all either industrial or self-storage firms, with Extra Space Storage taking the top spot after nearly doubling its share price since the start of the pandemic, followed by Life Storage’s 89 percent increase. Shares of document-storage and data-management firm Iron Mountain climbed 87 percent in value to take third place.

Self-storage firm Public Storage and Prologis, the world’s largest warehouse landlord, tied for fourth with increases of 81 percent each. In sixth was Duke Realty Corporation, a warehouse owner that Prologis is attempting to purchase for $24 billion.

(See charts by sector at bottom of story)

The only industrial-sector firm to end the period at a loss was Americold Realty Trust, a cold-storage logistics company whose shares actually ended 2020 up 24 percent from their pre-pandemic price. But the firm was hit hard by supply-chain problems and Omicron-related labor disruptions last year, which affected its customers in the food-service industry. It ended the period down 8 percent from its February 2020 stock price.

By comparison, the Real Estate Select Sector SPDR Fund (XLRE), which aims to reflect the performance of real estate stocks in the S&P 500 Index and includes many of the firms examined here, rose 23 percent during the two-year period.

Share prices for many multifamily developers and single-family homebuilders also rose on the back of the nationwide housing boom. The next six firms on the overall ranking were all connected to the residential or multifamily sectors, led by Mid-America Apartment Communities, whose shares rose 68 percent between Feb. 1, 2020, and Feb. 1, 2022.

The standout performer among commercial real estate firms was Kimco, a retail REIT specializing in shopping centers that ended the period up 47 percent from its pre-pandemic price. CEO Conor Flynn credited much of the firm’s performance to actions taken long before the world had ever heard of Covid.

“We were already well into a major repositioning of our portfolio,” he told TRD.

Turns out, Kimco had been pandemic-proofing its portfolio since 2015 — focusing on grocery-anchored outdoor shopping centers in first-ring suburbs around the top 20 metros, which benefited from both remote work and the suburban invasion that accompanied it during lockdowns. Kimco had also begun integrating apartments into its properties through joint ventures and ground leases, with about 1,000 units built out so far, allowing the firm to capitalize on the recent rental boom.

The liquidity the firm built up before the pandemic allowed it to take advantage of acquisition opportunities, including a joint venture with Blackstone to target shopping centers as well as buyouts of its partners on other projects.

At the other end of the spectrum from Kimco was Steven Roth’s Vornado, whose portfolio is heavily concentrated in offices and retail properties in Manhattan, which emptied during the pandemic into some of the same suburbs where Kimco’s open-air shopping centers thrived. Vornado’s shares ended the study period down 10 percent from their pre-Covid price — ranking 44th — one of only four stocks on the list that are still trading below their February 2020 prices.

An urban exodus amid work-from-home was certainly a major blow to Vornado, but the firm has also faced challenges unrelated to the pandemic.

Roth’s firm has bet its future on its Penn District project, a vast assemblage of properties spanning more than 9 million square feet around Manhattan’s Penn Station, where Roth plans to develop office towers and retail space. But the success of the project depends on the state’s grand plans for redeveloping the transit hub and surrounding area.