How the Rangers can continue winning after Game 1 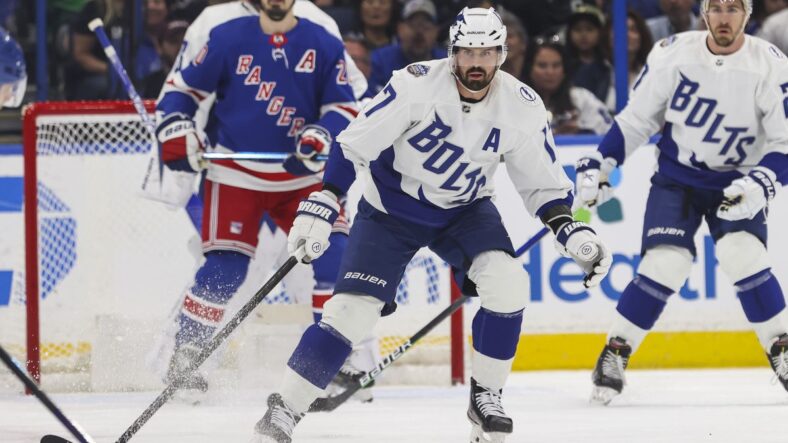 The Rangers opened the Eastern Conference Finals with a shocking 6-2 win over the heavily favored Tampa Bay Lightning.  Just like the Carolina series, no one has picked the Rangers to win this matchup. While game one’s win certainly put the hockey media on notice, Rangers fans shouldn’t be planning any trips out west just yet.

I’ve broken out the Tampa Bay Lightning systems in both the offensive and defensive zones and highlighted how the Rangers might adjust their tactics to overcome them, much like I did for the Penguins series and the Carolina series. The Lightning are an extremely well built team with generational talent, scoring depth, defense, and in my opinion, one of best coaching staffs in the game.

Unlike the Penguins and the Hurricanes, both of whom forecheck aggressively, the Tampa Bay Lightning systems are harder to classify. They throw a lot of different looks at you. John Cooper has had this core together for a number of years and has been able to successfully add different tactical layers to his squad.

While Coop will roll out a number of different looks, for the sake of brevity, their main one is a 1-1-3 lock, which was on full display in game one at the Jungle. 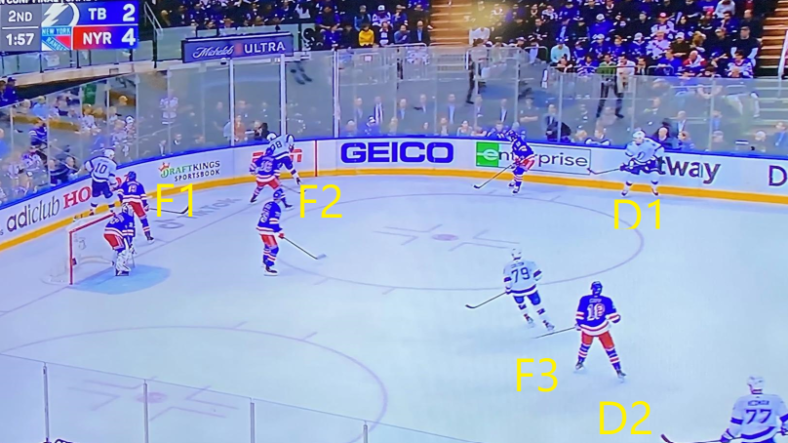 Much like the trap, the 1-1-3 can be used passively in the neutral zone, or it can be employed more aggressively in the offensive zone, as seen above.

The goal here is to eliminate odd man rushes by keeping the F3 up high near the defense. F3 has to read the play and hang back if the opposition comes away with the puck or torpedo into the slot if their team wins possession.

How the Rangers beat the lock

Gallant gets a decent amount of criticism from the media and the fan base for not making adjustments. The truth is, he actually does make tweaks to his breakouts and post-faceoff plays. Unfortunately, most just are not sophisticated enough to see it or break it down for you.

Which is why you come here right? 😉

No different than the Carolina series, Gallant will have to make adjustments to how our boys get out of the zone. And nothing beats a lock like a well designed breakout.

I’d expect to see the Rangers change sides, D to D reverses, and other lateral passes to get that F3 to bite on a play and leave that safety valve position up at the blueline.

Unlike the Hurricanes, who gave the Rangers fits with their aggressive man-on-man coverage, the Lightning mostly try to protect the slot with low zone coverage. 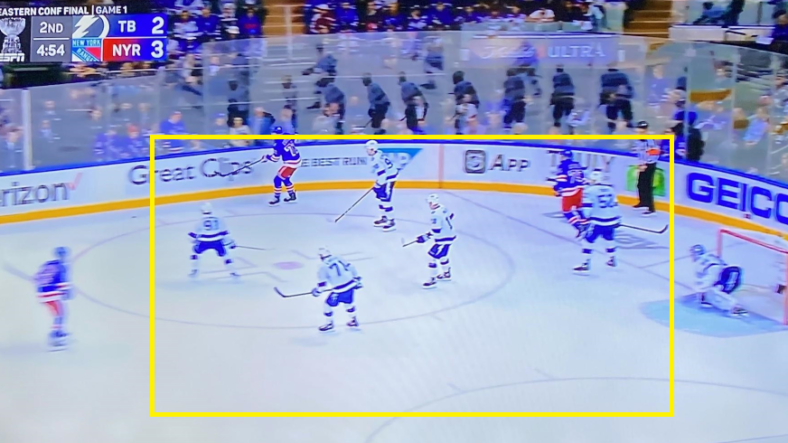 Here you see all five Tampa Bay players collapsing into the defensive zone, despite the Rangers being up by a goal. Most teams who employ this strategy will only use it when they have the lead, not the other way around.

I’d expect Cooper to adjust this and have the box expand to pressure our defensemen if the score is level or if the Rangers get a lead again.

In game 1, the Rangers were clinical with finding mid-seam passes through coverage, both across the royal road and through diagonals. I imagine Cooper will clean that up in the Tampa Bay Lightning systems for game 2.

Instead, the Rangers will most likely have to work the zone with low-high plays and try to stretch the coverage out if Tampa gets more aggressive. Screens and tips will also be vital, as Vasilevskiy probably isn’t giving up six goals again in this series.

The Rangers top 6 is finally playing to their abilities, which obviously every contending team needs. However, Tampa Bay is also deep and their bottom six has that rare combination of speed and grit.

If we are going to grab three more wins, getting scoring from unsung heroes is going to be massive, as it creates mismatches for coaches. Chytil was that guy in Game 1. Who will it be for the rest of the series?