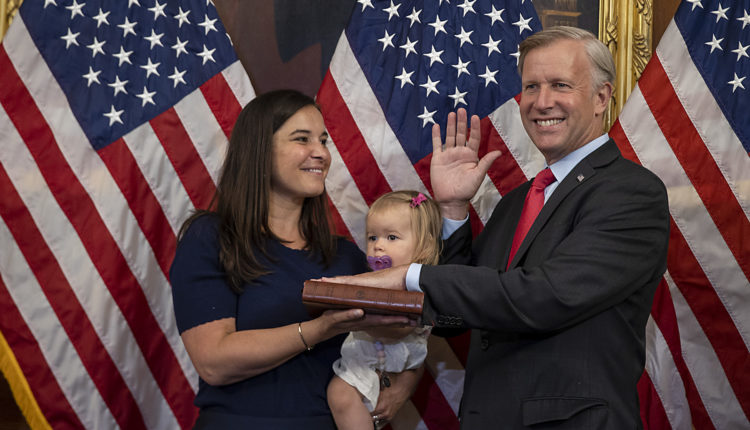 
Jacobs, a resident of suburban Buffalo, has spent the past two years representing a seat in the northwest corner of the state. Hours after new maps were released on May 21, he announced plans to run for a new district along New York’s border with Pennsylvania, which most closely resembles the seat that was recently vacated by Republican Tom Reed.

In the aftermath of a shooting at a supermarket near his district, he declared he would support measures such as a ban on semiautomatic rifles and a new minimum age of 18 to purchase firearms.

That quickly led to an uproar among his fellow Republicans.

“I was very surprised by Congressman Jacobs’ surprise announcement,” state GOP Chair Nick Langworthy told reporters in Albany earlier this week. “I think everybody was caught very flat-footed by his adopting the Democrat position on gun control.”

Langworthy has spent recent days taking steps toward a possible campaign of his own.

There’s a chance the race could get crowded. Buffalo developer Carl Paladino, the 2010 GOP gubernatorial nominee, told Spectrum News earlier Friday he would run if Jacobs ended his bid.

Paladino was endorsed by fellow New York Republican Elise Stefanik less than an hour after Jacobs bowed out.

“I am proud to announce my endorsement of my friend Carl Paladino,” she said in a statement. “Carl is a job creator and conservative outsider who will provide Western New York and the Southern Tier with strong representation and leadership. Carl will be a tireless fighter for the people of New York in our fight to put America First to save the country.”

Any primary elections for the seat will be held Aug. 23. That same day, there will be a special election to finish off Reed’s term in the term in the overlapping seat. At least before Jacobs’ departure, Republicans had been eyeing a placeholder candidate for that special election.