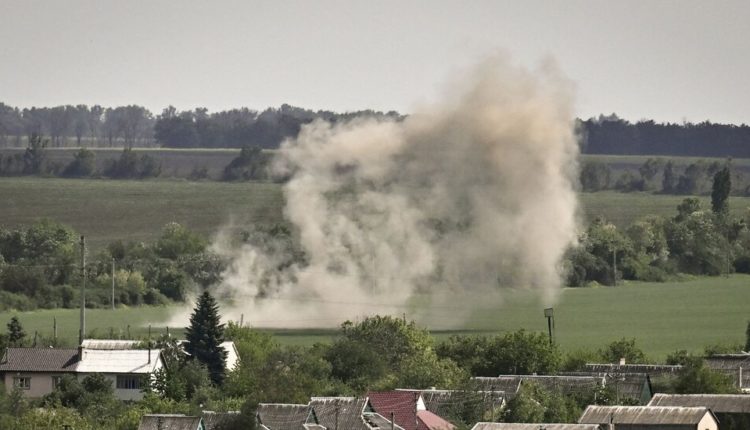 DAKAR, Senegal — A meeting on Friday between the head of the African Union and President Vladimir V. Putin of Russia highlighted the acute needs each one hopes the other can fill: Africa needs food, and the Kremlin needs allies.

Russia’s blockade of Ukraine, ordinarily a major exporter of grain, has worsened food crises in Africa and the Middle East, and the African Union chief, President Macky Sall of Senegal, said the grain should be freed up.

“Our countries, although they are far from the theater, are victims of this crisis on an economic level,” Mr. Sall said at a joint news conference with Mr. Putin in the Black Sea resort of Sochi.

At the same time, Mr. Sall told Mr. Putin, whom he called his “dear friend Vladimir,” that Western sanctions on Russia had compounded Africa’s lack of access to grain — an argument Moscow has been making. Mr. Sall explicitly called for the lifting of restrictions on exports of Russian wheat and fertilizer.

Mr. Sall’s comments were something of a diplomatic victory for Mr. Putin. European leaders have accused the Russian president of creating a global food crisis by blocking wheat exports and seizing Ukrainian grain, all the while trying to blame shortages on sanctions imposed by the United States and the European Union.

Global food stocks were already low before the invasion, and the war has made the shortfall worse. African countries import more than 40 percent of their wheat from Russia and Ukraine. The United Nations says food prices worldwide are 23 percent higher than a year ago, reflecting the tight supply.

The United States and its allies have condemned the invasion of Ukraine and have cut most economic ties to Russia, leaving Moscow with fewer diplomatic and trading partners.

But Russia has longstanding ties to many African countries, some dating to its Soviet-era support for liberation struggles against colonial rulers. Mr. Putin has cultivated those relations and has so far mitigated criticism from most African countries.

Mr. Putin gathered African leaders in Sochi in 2019 and has positioned the continent as key to Russia’s interests, while France and the United States have withdrawn from involvement in some conflicts there.

With little investment, Russia has made itself a central player on the continent, becoming Africa’s largest supplier of arms, propping up authoritarian leaders and portraying itself as being on the side of African countries in their fight for more independence from the United States and its allies in Europe and Asia.

“Those friends and allies Russia needs, it can find them on the African continent, so it wants to keep such relations tight,” said Pauline Bax, an expert on Africa with the International Crisis Group.

Still, such efforts have paid off. Russia has managed to mute criticism of its invasion of Ukraine among leaders in Africa but also in Asia and Latin America.

In April, the United Nations General Assembly voted 93 to 24 to exclude Russia from the U.N. Human Rights Council. But most African nations either voted against the measure, abstained or simply did not cast a vote, including countries usually aligned with the views of Western countries, like Senegal, a regional peace broker.

Gilles Yabi, the director of the Wathi research group in Dakar, said the vote created some surprise outside Africa, revealing a perception in the United States and Europe that African countries would not act independently in the crisis.

“The ramifications of the conflict for Africa are economic,” Mr. Yabi said. “It’s legitimate that African countries look at the war according to their interests.”

Appearing with Mr. Putin on Friday, Mr. Sall claimed, erroneously, that “despite enormous pressure, the majority of African countries have avoided to condemn Russia in this situation.” At least 30 of Africa’s 54 countries have condemned the invasion in some fashion, though generally without the vehemence seen in Washington or European capitals.

Paul Stronski, a senior fellow at the Carnegie Endowment for International Peace who has studied Russia’s relations with Africa, said the United States and Europe liked to think that Russia has been isolated since it invaded Ukraine.

“Macky Sall’s visit on behalf of the African Union, the votes at the U.N., show that Russia might be isolated from America, Europe, Taiwan and Japan, but necessarily not from the rest of the world,” he said.

That was evident when, after his talks with Mr. Putin, Mr. Sall was scheduled to fly back to Africa on Friday without meeting with the Ukrainian president, Volodymyr Zelensky.

In addition, Mr. Zelensky has asked for months to address the African Union, and even though Mr. Sall said this week that the Ukrainian leader could soon address the organization in a videoconference, no date has been announced.

Joseph Siegle, the director of research at the Africa Center for Strategic Studies, an arm of the Pentagon’s National Defense University, noted that Mr. Putin has tried to portray his invasion of Ukraine as an ideological battle against the West. That message has resonated across Africa, he said.

Mr. Putin has even used the looming grain shortage to cast the United States and its allies in bad light, he said. “He is twisting the narrative to suggest that the sanctions are causing the pain and price inflation for food across the globe, rather than acknowledging that the entire food crisis related to the conflict is his making,” Mr. Siegle said.