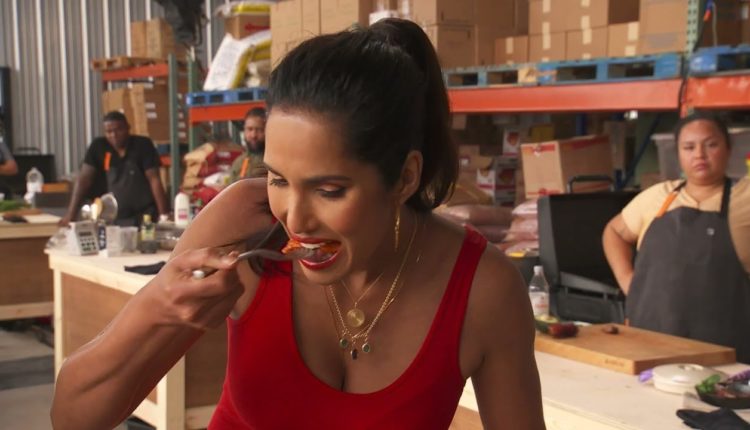 The chefs get an early start as they head to the Houston farmers market to meet Padma and Quickfire guest judge Claudette Zepeda. For this Quickfire Challenge, the chefs have to put their own fresh take on fajitas, a Houston classic. The best fajita dish will win $10,000 courtesy of Chipotle. Next, the competition reaches new heights in the Elimination Challenge as the chefs voyage to the Houston Space Center to meet up with Melissa King and a few experts in space cuisine. If they want to blast off to victory, they’ll have to create a stellar new menu item that they would crave if they were on a multi-year mission to Mars that meets both NASA and guest judge Marcus Samuelson’s culinary standards.