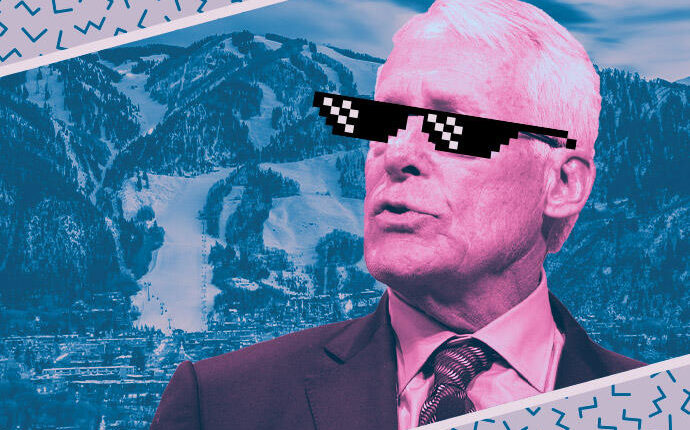 Billionaire Rob Walton, heir to the Walmart fortune, sold a piece of undeveloped land in Aspen for one of the highest prices in the city’s history.

The roughly 33,000-square-foot parcel fetched $30.8 million for the oldest son of Walmart’s founding family, the Wall Street Journal reported. Walton acquired the land, which is divided into two lots, in 2000 for a combined $9.19 million.

While it was never publicly listed, the property, which runs along the edge of the Hallam Lake nature preserve and the Roaring Fork River, sold for one of the highest prices ever paid for undeveloped land in Aspen.

A foundation for a mansion that was never completed remains on the property, but the new owner said he doesn’t plan on using it. As the building permits have expired, the buyer will have to reapply for new ones, which may be easier said than done due to a moratorium on certain kinds of new development within Aspen’s city limits.

Walton, the eldest of his siblings, took over as chairman of Walmart in 1992 when his father died. With an estimated net worth of $65 billion, he ranked 19 on Forbes’ list of the richest people in the world in 2022, and is the third richest of the three living children of Walmart’s founders Sam and Helen Walton, trailing his brother Jim and sister Alice at 16 and 18, respectively.

Walton retired as chairman in June 2015 and was replaced by his son-in-law, Greg Penner, who still sits on Walmart’s board.

Also in Aspen, the daughter of deceased Texas oil magnate J. Cleo Thompson, is trading one mansion in for another. Christy Thompson sold a home near the center of town in an off-market deal for $60 million and is in the process of buying a different house a few miles away for $51 million.