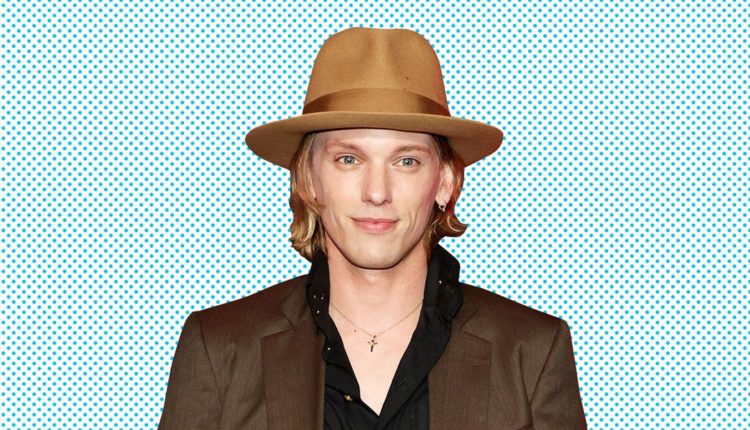 Oh, you thought the Mind Flayer was a spooky motherfucker? In Stranger Things’ fourth season, Jamie Campbell Bower has the distinction of embodying three characters, each more unsettling than the last, as the episodes unfurl: a friendly Hawkins Laboratory orderly; Henry Creel, aka “One”; and the most significant villain of the series thus far, Vecna. As revealed in episode seven (which doubles as the “volume one” finale), Henry actually perpetrated his family’s murders before framing his father, Victor; later, at Hawkins Lab, he masked his true identity as 001, the first patient with telekinetic abilities tested by Dr. Brenner (Matthew Modine). Henry’s the person responsible for the massacre of children at the lab, which culminated in an epic showdown between One and Eleven (Millie Bobby Brown). She overpowered him and his beautiful cheekbones right into the Upside-Down, where he disintegrated into Vecna, vine-webs and all. He’s come a long way from hanging out with spiders and torturing his parents.

When Bower auditioned for the show, he wasn’t given any indication of how big his presence would become. Rather, he was asked to read pages from two different films — Primal Fear and Hellraiser — and pieced everything together once he secured the role. Being able to openly discuss his Stranger Things identity is a great sigh of relief, Bower told Vulture, even if he’s caused viewers to develop newfound fears of clocks and limbs. “It’s been incredibly cathartic,” he said. “It feels like a weight has been somewhat lifted.” With the season’s final two episodes less than a month away, we gathered on Zoom to discuss these roles of a lifetime, the depths of Vecna’s prosthetic work, and the musical savior known as Kate Bush.

Thanks for the nightmares.
You’re absolutely welcome.

You’ve spoken about the obsessive methodology you used to get into character. Did you ever scare yourself with how deep you went?
In the process of the creation, I wasn’t so afraid. I have a thought process now along the lines of, If you don’t commit yourself 100 percent, your chances of fulfillment are limited. That’s me. But during filming, there were moments I felt very out of body. Things would come up in my mind that I’ve never really thought before. That was always an interesting experience from a scientific standpoint: Wow, that’s there now. What the fuck?

What were some of these out-of-body experiences?
The character is so dark that I wasn’t thinking particularly lovely things. I’ll leave it at that. At the end of the seventh episode, walking up to Millie and Martie [Blair, who plays young Eleven], there was a lot of rage going on in my mind. Things would come up as I was talking about my personal experiences, things I didn’t realize I had inside me that connected to what I was saying. There was this phrase that kept coming up as we were filming: “Let me drive.” It was as if something else was taking over my body and mind. Not like I had gone insane, but who I thought I was was no longer there. My experience had disappeared. I was constantly thinking dark things. I’m reluctant to say them out loud.

What was the more difficult acting challenge for you as Vecna: embodying the physicality or voice?
The voice was tricky. It took me a few months to get it right. I needed to find the truth of this person, and that didn’t come from putting on an act. It has to come from somewhere deeper. Somewhere real. The interesting thing I found — and it’s not often I’ve experienced this on film — is the idea of being able to fill a space. The mind-layer set is ginormous. The staircase is exaggerated, and everything is very tall and grand. I remember walking onto that set and going, Okay, not only do I need to embody the emotional side of who this person is, but I also need to physically have enough energy to fill this space and make it my own. Wearing the prosthetics and having so many additional inches of skin, I found that I needed to push out my energy, as it were. Having energy exude from the layer of prosthetic skin on top of me. So that was my main challenge. The first thing I said when I was walking through the set was, “Fuck me, man, this space is so big. I need to go home and think about this for a minute.”

What truth did you find about Henry?
One of the predominant ideas for Henry is that the world is a lie. His experience in his family life is that they present a front to themselves. That’s the thing I really latched onto. Nobody on planet earth is free of … I don’t want to be biblical about this, but nobody is perfect. Let’s put it that way. Everybody has guilt and shame for things they’ve done. They’re presenting a false version of who they are and they cover it up. Just saying it now, there’s a feeling of vitriol coming up inside me. [Laughs.] That was the thing I believed as the character. For Henry, the idea of being the outsider and rejected and misunderstood is always an interesting thing to explore. Given the experience we’ve all gone through over the last two years with the pandemic, the idea of isolation became very real. It’s all of us. That was an interesting experience to draw on.

I was pretty shocked to learn that your Vecna costume — if I can even call it that — was composed of painstakingly detailed prosthetic work as opposed to CGI technology. How did that approach enhance your performance? Or, rather, what could’ve been lost if you were bogged down by CGI shit?
I love that phrasing: “CGI shit.” When you use a real person, it allows a lot more a humanity to a character. It becomes more terrifying because you’re witnessing the other actors deal with something right in front of them. I’ve been a part of films where you have to interact with a tennis ball or a cardboard cutout. You’re not dealing with a life. You’re dealing with an inanimate object. With this, the terror is much more apparent because it’s an actual person. It’s me! The movements I’m able to do with my hands and eyes, and the physicality in general, is a person. I’m there. It’s happening. You’d lose that if it’s just somebody in a green-screen suit. With CGI, it’s processed.

How laborious was it getting into all of those prosthetics?
There was a lot of labor involved. A lot of labor. We were very fortunate to work with such an incredible team of visual-effects artists. You have two options: You either get involved and realize you’re part of a team, or you mumble and groan and complain. I way prefer the first option. It took about seven hours to put on from start to finish. We’d start incredibly early in the morning. While the process was long, it became seamless and a bit of a dance. It also allows me, as a performer, to get into the process a lot more. That’s a joy.

Did you make any of the child actors cry in character?
[Pauses.] Yes.

How many?
One, properly. Through nothing else other than just doing what I was told. Let me make that perfectly clear!

We get a long monologue in which, as most villains do, One explains how he came to be. He starts by saying spiders are “gods of our world” and crescendos by insisting that the concept of time is a “deeply unnatural structure” that doubles as a “silly, terrible play” for humans. Do you find his logic to be compelling?
One hundred percent. Yes. This is the thing with Matt and Ross’s writing: In that scene, there was so much I connected to in that monologue. I imagine it’s the same for viewers as well. There’s a lot of truth there. The idea that people are putting on a front and presenting a false version of themselves is really beautiful.

So when he declares himself to be a “predator but for good,” how do you interpret that?
One of the things that came up in my development was this idea of righteous justice. I think that’s what he’s talking about there. Reshaping the world and remaking it into a place he considers to be his own twisted version of goodness.

I realize the redundancy of this question, given that you are Vecna, so if you were being hunted by Vecna 2.0, what song would save your life?
Half of me wants to be a really naughty boy and say something silly, and the other half wants to behave. Placebo, one of my favorite bands of all time, did a phenomenal cover of “Running Up That Hill” by Kate Bush, which I listened to often before I got this role. So to stay on theme and be personal to myself, I’ll go with that cover. That’s not saying I don’t love the original — I love Kate Bush. Absolute legend. We love; we stan. But I’ll choose Placebo’s. That’s me being well behaved.

That’s more elegant than mine, which I’ve come to terms with in recent days is most likely “Invisible Touch” by Genesis.
Okay, amazing. I love that. Bollocks to anyone who questions that judgment.