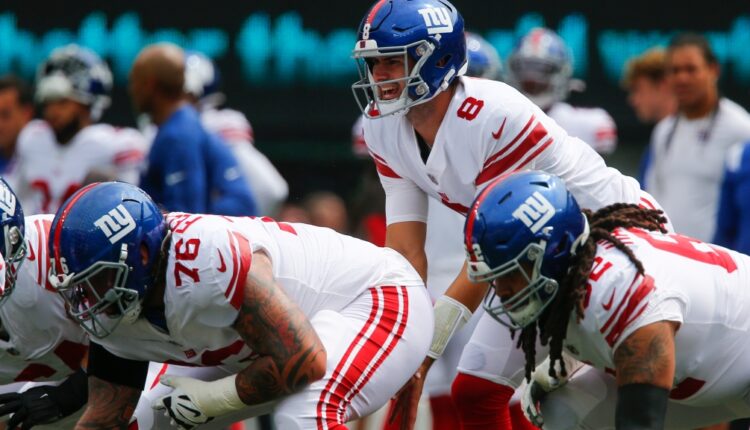 
Former New York Giants wide receiver Bennie Fowler knows exactly what it takes to make it in the NFL.

Fowler was an undrafted free agent in 2014 when he signed with the Denver Broncos. He spent three seasons in Denver before landing in New York for two seasons. He had brief stints with other teams, which garnered him exposure to some pretty good quarterbacks, including both Peyton and Eli Manning.

“D.J. has all the qualities of the QBs I just talked about, except he can run & he’s more athletic than all of them. This is gonna be a year for him to break out.”https://t.co/P69p0aLGyS https://t.co/5ua3Xl7d3M pic.twitter.com/rkQTk0gDfs

Considering the Giants opted not to pick up Jones’ fifth-year option this year, he needs to have a good season if he wants to keep his job. The last few seasons have been subpar, and while it’s not all on his shoulders, Jones still has a lot to prove.

Over his three seasons in blue, Jones lost 20 of 36 fumbles. He’s thrown 29 interceptions and 44 touchdowns. Those ratios aren’t pretty. He’s also been sacked 105 times for 741 yards, and his average QBR is 84. Again, some of that isn’t solely on his shoulders, but he plays a part.

That said, his turnover problem has steadily gotten better. There’s no denying his athleticism, either, but he’s going to need his offensive line to be on point if the Giants have a hope of doing anything. Hopefully they can gel quickly and get and stay healthy for 2022.