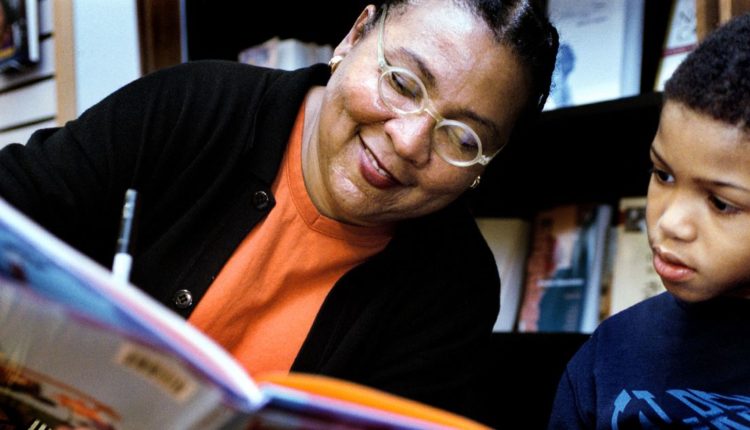 bell hooks taught the world two things: how to critique and how to love. Perhaps the two lessons were both sides of the same coin. To read bell hooks is to become initiated into the power and inclusiveness of Black feminism whether you are a Black woman or not. With her wide array of essays of cultural criticism from the 1980s and 1990s, hooks dared to love Blackness and criticize the patriarchy out loud; she was generous and attentive in her analysis of pop culture as a self-proclaimed “bad girl.” Sadly, the announcement of her death this week, at 69, adds to a too-long list of Black thinkers, artists, and public figures gone too soon. While many of us feel heavy with grief at the loss of hooks and her contributions to arts, letters, and ideas, we are also voraciously reading and rereading both in mourning and celebration of her impact as a critical theorist, a professor, a poet, a lover, and a thinker.

As a professor of Black feminisms at Cornell University, where I often teach classes featuring bell hooks’s work, I see a syllabus as having the potential to be a love letter, a mixtape for revolution. hooks’s voice was daring, cutting, and unapologetic, whether she was taking Beyoncé and Spike Lee to task or celebrating the raunchiness of Lil’ Kim. What hooks accomplished for Black feminism over decades, on and off the page, was having built a movement of inclusively cultivated communities and solidarity across social differences. Quotes and ideas of Black feminist thinkers tend to circulate across the internet as inspirational self-help mantras that can end up being surface-level engagements, but as bell hooks shows us, there has always been a vibrant radical tradition of Black women and femmes unafraid to speak their minds. bell hooks was the prerequisite reading that we are lucky to discover now or to return to as a ceremony of remembrance. Here are nine texts I’d suggest to anyone seeking to acquaint or reacquaint themselves with her work.

Publishing over 30 books over the course of her career, perhaps the most well-known is her first, Ain’t I a Woman. Referencing Sojourner Truth’s famous words, hooks drew a direct line between herself and the radical tradition of outspoken Black women demanding freedom. Before Kimberlé Crenshaw coined “intersectionality” in 1991, hooks exemplified the importance of the interlocking nature of Black feminism within freedom movements, weaving together the histories of abolitionism in the United States, women’s suffrage, and the Civil Rights era. She refused to let white feminism or abolitionist men alone define this chapter of America’s past. Finding power and freedom in the margins, she lived a feminist life without apology by centering Black women as historical figures.

To read bell hooks is to become enrolled as a student in her extensive coursework. Keeping a Hold of Life shows us her student writing and another side of her political formation as Black feminist literary theorist. hooks earned her Ph.D. from University of California Santa Cruz in 1983 despite having spent years teaching literature beforehand, and in her dissertation she analyzes two novels by Toni Morrison, The Bluest Eye and Sula, celebrating both books’ depictions of Black femininity and kinship. For those who are students, it may be encouraging to see hooks’s dedication to learning: Before she got her degree, she had already published a field-defining text. But that wasn’t the end of her scholarly journey by a long shot.

I love teaching the timeless essay “Eating the Other: Desire and Resistance” from this collection above all because it is the first one of hers I read as a college sophomore. In it, she reflects on what she overhears as a professor at Yale about so-called ethnic food and interracial dating. In some ways, the through-line of hooks’s writing can be summed up here, in the way she examines what it means to consume and be consumed, especially for women of color. In another essay from the collection, “The Oppositional Gaze,” hooks taught her readers the subversive power of looking, especially looking done by colonized peoples; drawing on the writings of Frantz Fanon, Michel Foucault, and Stuart Hall, she grappled with the power of visual culture and its stakes for domination in the lives of Black women, in particular. (She mentions that she got her start in film criticism after being grossed out by Spike Lee’s She’s Gotta Have It.) Her criticism shaped feminist film theory and continues to be celebrated as a crucial way to understand the politics of looking back.

bell hooks was a diligent student of Black feminism, and she was more than happy to pass along what she learned, having taught at various points during her career at the University of Southern California, the New School, Oberlin College, Yale University, and CUNY’s City College. In turn, she often reflected on what she learned from teaching in her writings. In this volume, hooks contributes to radicalizing education theory in ways that even now have been understated: She understood schooling as a battleground and space of cultivating knowledge, writing that “the classroom remains the most radical space of possibility.” In 2004, she returned to her home state, Kentucky, for her final teaching post at Berea College, where the bell hooks Institute was founded in 2014 and to which she dedicated her papers in 2017.

In this 1997 interview, hooks vibes with Lil’ Kim and probes the rapper’s politics of desire, sex work. It’s an example of how she was invested in remaining part of the contemporary conversations around Black life and feminine sexuality. Though she described Lil’ Kim’s hyperfemme aesthetic as “boring straight-male porn fantasy” and wondered out loud who was responsible for the styling of her image as a celebrity and part of the Notorious B.I.G.’s Junior M.A.F.I.A. (“the boys in charge”), she defends Lil’ Kim against the puritanical attacks that she notes have been made against Black women time and again: In hooks’s opening question, she tells Lil’ Kim, “Nobody talks about John F. Kennedy being a ho ’cause he fucked around. But the moment a woman talks about sex or is known to be having too much sex, people talk about her as a ho. So I wanted you to talk about that a little bit.”

hooks was especially prolific during the 1990s, publishing about a book a year. The early aughts marked a shift in her intellectual focus away from cultural theory and toward love as a radical act. In this book, she details her personal life, drawing on romantic experiences and what she learned from experiences with boyfriends. With words from 20 years ago that remain trenchant to this day, hooks writes, “I feel our nation’s turning away from love … moving into a wilderness of spirit so intense we may never find our way home again. I write of love to bear witness both to the danger in this movement, and to call for a return to love.” For her, love was not a mere sentiment but something deeply revolutionary that should inform all of Black feminist thought.

In bell hooks’s scathing review of Beyoncé’s visual album Lemonade, she took issue with what she perceived as the singer’s commodification of Black sexualized femininity as liberatory. She calls out Beyoncé’s branding and links the legacy of the auction block to what hooks sees as a repetition of the valuation of Black women’s sexualized bodies, warning of the dangers of circulating such images as faux sexual liberation, dictated by capitalist marketing dollars. “Even though Beyoncé and her creative collaborators daringly offer multidimensional images of black female life,” hooks wrote, “much of the album stays within a conventional stereotypical framework, where the black woman is always a victim.” (As was to be expected, the Beyhive did not take kindly to the critique, and it remains an ideological fault line for many of the singer’s fans.)

While most likely first encountered the writings of bell hooks in a college seminar on feminism or decolonization, some were introduced to bell hooks in their early years, during bedtime stories. Understanding self-esteem and image for Black children as deeply political and encoded in the way they view their hair, she wrote a children’s book for them, Happy to Be Nappy. Remembering the impact of the Doll Test — the 1940s psychological experiment cited by the NAACP lawyers behind Brown v. Board of Education, where Black children were observed to assign positive qualities to white dolls and negative ones to Black dolls — and how important representation is, writing this book was a radical act of love.

From interviews to cultural criticism to academic dissertations, bell hooks did not limit herself to a singular form of writing. She was promiscuous in genre, and her approach was to say whatever needed urgent saying about the interlocking structure of patriarchy, capitalism, and racism — however it needed to be said. Reading one of her final books, a poetry collection, helps us to return with her to Kentucky, where she spent her last years. She loved the expanse of the Black diaspora, but she held close the U.S. South, particularly Black Appalachia. Here, she paints in words the rural landscape and its local ecologies, where stolen land and stolen lives converge, touching on how the landscape of the mountains has been home to people like her, whom she describes as “black, Native American, white, all ‘people of one blood.’” It is a literary homecoming that frames her homegoing. To truly read bell hooks necessitates rereading her again and again, and this act forms its own ritual of elegy, of celebrating the life of someone whose foundational impact cannot be overstated.

Are the Harry Potter Movies on HBO Max or Peacock Right Now?

Post-Trump ‘SNL’ soars and other commentary