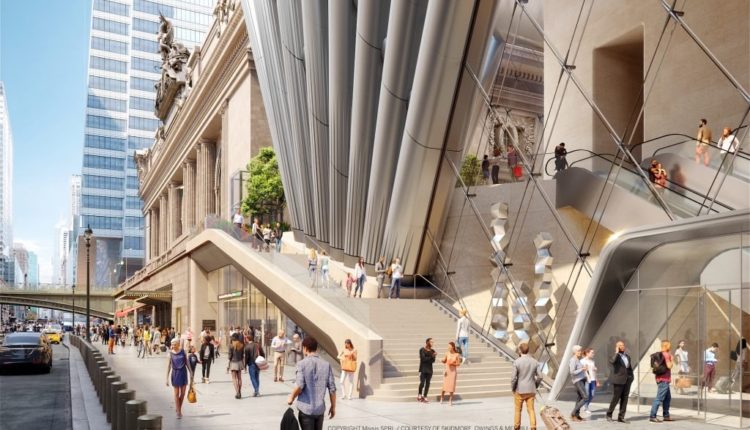 The New York City Council voted on Wednesday to allow the proposed development at the site currently occupied by the Grand Hyatt Hotel at 175 Park Avenue. New Greater East Midtown zoning rules permit developers to construct supersized towers if they are accompanied by hefty contributions to transit and public amenities. In addition to the construction of a 2.1-million-square-foot, 1,575-foot-high building with retail and office space, a new 500-room hotel, a sky lobby, a lounge, and a restaurant, the site will include 25,000 square feet of elevated, publicly accessible terraces that will host cultural and arts events. The project also promises to bring hundreds of millions of dollars in transit improvements. 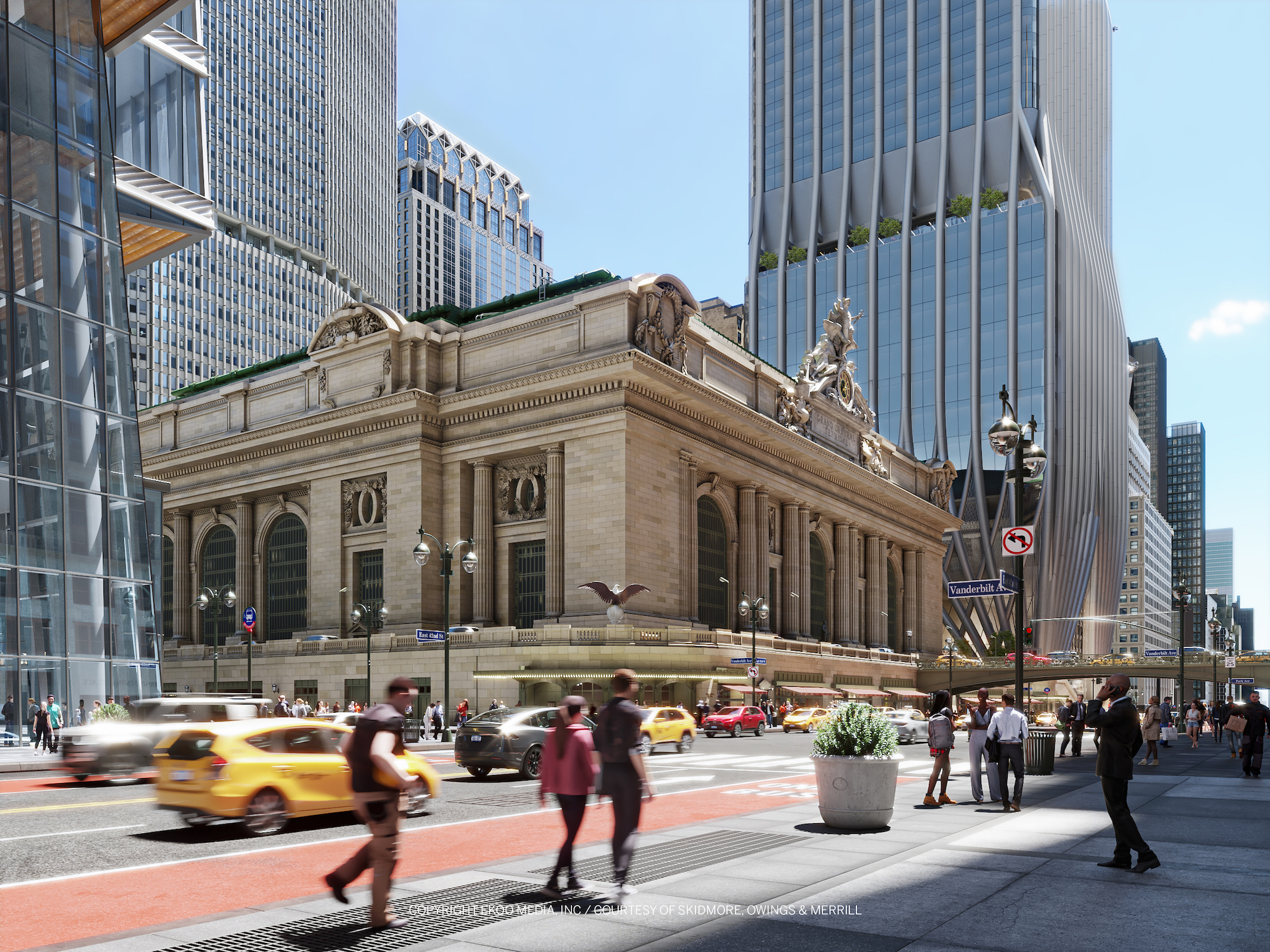 The new project, developed by TF Cornerstone and RXR Realty, will be designed by Skidmore, Owings & Merrill (SOM); pre-construction will be done by AECOM Tishman. As 6sqt previously reported, the Public Art Fund and Lord Cultural Resources will develop a cultural program that will bring art installations, community events, and other programs to the mixed-use building. A $5 million endowment will go toward supporting local nonprofits.

In partnership with the Metropolitan Transportation Authority (MTA), the redevelopment will bring hundreds of millions of dollars in infrastructure and transportation improvements to Grand Central Terminal, including a new 5,328 square-foot Transit Hall and a new subway entrance at East 42nd Street. An additional $38 million will go to the East Midtown Public Realm Improvement Fund for public space improvements.

The project was approved in February by the Landmarks Preservation Commission and entered the uniform land use review procedure last May. 175 Park Avenue will rise on the other side of Grand Central from One Vanderbilt, a 1,401-foot office tower that opened this past September. That tower was the first to make use of the new enhanced zoning measure, bringing with it a $220 million package of public open space and transit infrastructure improvements.

Day In My Life As A Social Media Influencer| New York