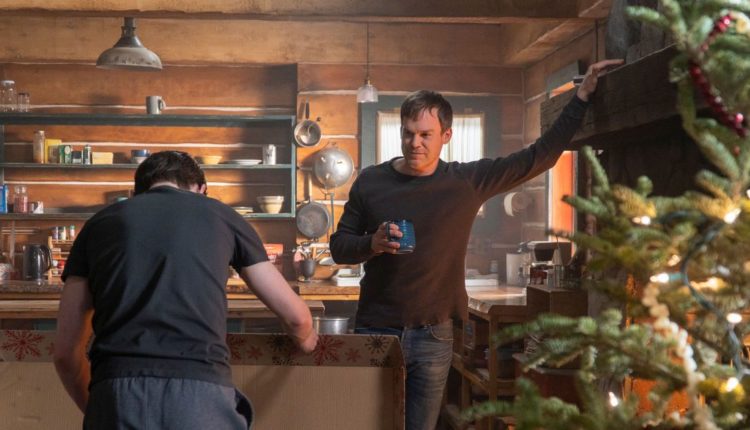 Skin of Her Teeth

If, on average, each episode of a TV show is only truly interesting for roughly 15 minutes out of the allotted 45, then what does that say about the show as a whole? In the case of New Blood, and definitely in the case of this most recent episode, it’s starting to feel like we’ve spent a lot of the runtime waiting for something good to happen. And while it’s undeniable at this point that the good stuff is few and far between, when it does roll around, the wow factor of it makes the episode feel worth it. But if, week after week, we spend 30 minutes struggling to maintain interest, just for those sporadic moments of excitement where Harrison shows his dark side or Dexter/Jim reverts back to his old Dexter ways, then is it really worth the time spent? Should we maybe just wait for the brief fan-made YouTube video of all the best Harrison and Dexter moments that could be called in as evidence for why this show was green-lit in the first place?

And yet, here we all are. Trying our best to stick with it. Not so much because it’s good. But because of Dexter, and now Harrison, who we continue to hope will show some stamina before time runs out. Both in the literal case of this show and in the fictional case of Kurt Caldwell’s inevitable next murder. The main question about that last bit is whether that murder will be another young woman or his own murder at the hand of Dexter and/or his kid.

The possibilities for everything that could happen in New Blood are what keep us watching, but if everything is narrowing down to whether or not Kurt will kill Dexter/Jim, or Dexter/Jim will kill Kurt, or Harrison will kill Kurt, or maybe even his own dad, that’s just a fraction of the possibilities this show could have given us, which is hard not to be disappointed by. Episode seven is jammed full of information and not really revelatory revelations to advance the plot along, but the only exciting bit out of the bunch is Harrison admitting to his dad that he’s wondered his whole life if Dexter abandoned him because he could tell that he was probably going to grow up to be a psycho. Harrison’s violent vulnerability is the best thing about New Blood. Too bad we haven’t gotten to see more of it. But now that he’s working at Kurt’s place, power washing trucks and murdering kids puffer jackets in the back lot, there are tons of opportunities to really see Jack Alcott shine in this role. Could the next three episodes be great enough to save the previous clunkers? Probably not. But I’m excited to watch them try!

Last week we learned of the sad fate of Chief Angela Bishop’s long-lost best friend, Iris, when her mummified 25-year-old corpse was discovered buried beneath rubble in a cave. This episode picks up from that point, and Angela calls Dexter (not Jim … Dexter) to come to the scene and use his forensics experience to shed some light on what happened, and he finds a bit of skin on one of Iris’ teeth that ends up being a DNA match with Kurt. This is no surprise to anyone at this point, nor is it shocking to see him make up some lame story about seeing Iris climb into his abusive dad’s truck oh so many years ago, never to be seen again. This story is told over a scene of what actually took place, which was that Iris hitched a ride in Kurt’s truck, not his dad’s, and after catching on to his creepy vibe, bit his hand and jumped right back out, only to be shot down in the street by young Kurt, per his usual MO.

After the whole “my daddy did it” story, Angela is forced to let Kurt out of police custody, but Dexter sticks close by, weighing whether to leave matters in the hands of the police or kill Kurt himself. He’s frustrated to be “watching from the cheap seats,” as he phrases it because Angela is slow/reluctant to keep him in the loop on her investigation. Ghost Deb encourages Dexter/Jim to just kill him, manifesting a bloodstain on her shirt to prove her point as to just what can go wrong when things are left for the police to solve. This is, of course, a reference to her being shot by Oliver Saxon (Darri Ingólfsson) in the original series. Dexter had a chance to kill Saxon at the end of season eight, but in a rare flash of morality, he decided to let Deb arrest him, which was the wrong choice.

Dexter/Jim and Kurt both know that they have a lot more in common than their individual relationships with Harrison, but they haven’t progressed beyond the point of veiled jabs just yet. When Kurt’s fellow trucker creep (the same one who checked into a hotel in Manhattan under Matt’s name) sends Harrison home with an envelope for his dad, things level up a bit. Dexter/Jim opens the envelope and finds a titanium surgical screw inside. After a moment of understandable confusion, he realizes that this screw was inside the leg of Matt and got pulled out of the furnace by Kurt after Dexter/Jim disposed of Matt’s body. Dexter/Jim sneaks into Kurt’s office looking for the other one since surgical screws apparently function in a pair, but he doesn’t find what he’s looking for. Later on, the creepy guy who delivered the first screw sneaks up behind Dexter/Jim and, we assume, attempts to snatch him up for seemingly murderous reasons. Doubtful if he’ll be successful in this, but we’ll learn more about all that next week.

As of right now, Dexter/Jim has the upper hand in delivering swift justice upon the too-large melon of Kurt Caldwell, but Angela still has a horse in the race. At the Iron Lake restaurant where Dexter/Jim taped Kurt and Molly’s conversation, Angela and the podcaster are now sharing the booth where Dexter/Jim last sat and talking about whether or not he can be trusted and why he was having pie with Kurt after he’d been named as the prime suspect in Iris’ murder. “It’s not like he’s hiding anything from you. You’re the chief of police,” Molly says. To this, Angela can only roll her eyes. Same as we are.

• This show goes to great lengths to show how Harrison and Dexter/Jim are mirror images of each other when they eat. Like that’s any kind of unusual thing. Every child walking the earth at this very moment does something completely deranged because they grew up seeing their parents doing it.

• Why hasn’t Dexter/Jim taken that straight razor away from Harrison yet? He just, like, has that in his pocket at all times like it’s fine?

• Kurt gutting his doo-wop dungeon was a bad move. No better way to make yourself look shady as hell than demolishing a perfectly good Jacuzzi tub.