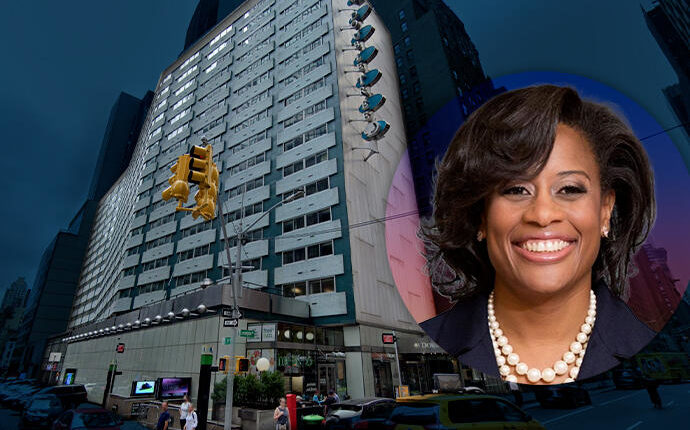 In the wake of the pandemic, New York City hotels have seen their fair share of massive discounts — and a newly recorded sale is no exception.

Beverly Hills-based Hawkins Way Capital purchased the site of the former Midtown DoubleTree at 569 Lexington Avenue for $146 million, according to property records. The sale closed in mid-December.

The deal came to less than half of what investment firm RLJ Lodging Trust purchased the hotel for in 2010, when the firm bought the property for almost $332 million, according to property records.

The hotel was owned and operated independently outside of the Hilton portfolio, the hotel chain told Crain’s. The hotel appears to be permanently closed.

Hawkins Way Capital and RLJ Lodging Trust did not immediately respond to requests for comment.

RLJ owns three hotels in New York in addition to the recently sold DoubleTree. In 2012, the company paid $82 million for the Upper East Side Courtyard by Marriott, which is still listed in the company’s portfolio.

Hawkins Way boasts more than $1 billion of assets and dabbles often in the hotel market. The California-based investment firm has worked in the past to restore the Mark Twain Hotel in Hollywood. In 2017, it paid $58 million for a 12-story, 97-unit apartment building at 97 Columbia Heights in Brookyn, New York, from the Jehovah’s Witnesses.

There have been a number of hotel sales in recent months in New York, but not many inspire confidence for the industry.

The shuttered Excelsior Hotel was recently sold to Emmut Properties for $80 million and may be converted into a more permanent residential use, although its future is uncertain. Meanwhile, Electric America Hospitality Group bought The Roger New York for only $19 million during the summer, $71 million less than what was paid for it in 2010.

In April, a CBRE study predicted that occupancy rates in the city wouldn’t recover to pre-pandemic levels until 2025. Despite widespread vaccinations, the industry has faced a mixed recovery amid recent case surges from new coronavirus variants.

Everybody is free Music Video (sunscreen)