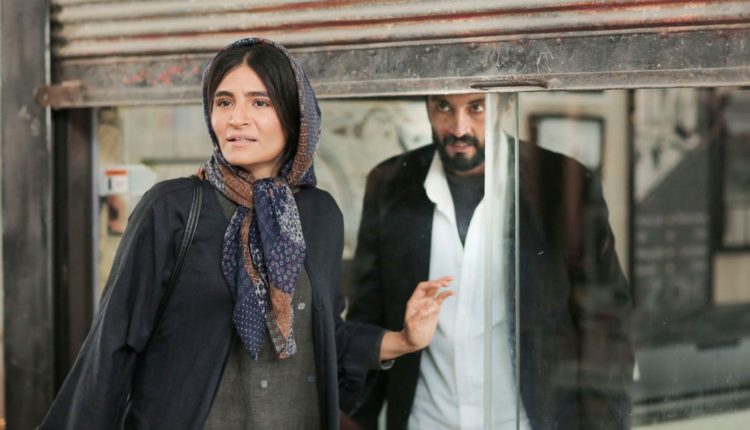 Asghar Farhadi’s A Hero is a drama that plays like a thriller. It’s the gripping, often infuriating tale of a beleaguered Good Samaritan who learns that no good deed goes unpunished in the digital age. And as further demonstration of the director’s already impressive ability to build stomach-gnawing suspense out of everyday interactions, the movie is well worth seeing. But it also represents a step back in some ways. Farhadi is one of the world’s great filmmakers, but the generosity of spirit that was so pivotal to his earlier work seems to be in retreat in his latest.

A Hero’s story is set in motion when Rahim (Amir Jadidi), an inmate at a debtor’s prison on a two-day leave, decides to return a lost handbag full of 17 gold coins found by his girlfriend, Farkhondeh (Sahar Goldust). The gold could have gone some way toward repaying Rahim’s standing debt to Hossein (Alireza Jahandideh), a copy shop owner and the brother-in-law of Rahim’s ex-wife; under Iranian law, Rahim can be freed when he pays off the debt or if Hossein agrees to forgive it. Rahim and Farkhondeh do initially try to cash in the coins. But Rahim has second thoughts, so he decides to do the right thing and puts up signs asking the unknown owner of the lost handbag to call him at the prison.

When the prison authorities catch wind of this act of good citizenship, however, they concoct a plan to present Rahim to the public as a kind of hero. (They need the good publicity, in the wake of another inmate’s recent suicide.) Rahim’s selflessness does turn him into something of an overnight celebrity, and freedom looks to be right around the corner when a charity that raises funds to help free prisoners gets involved. There’s one big roadblock, however: The intransigent, glowering Hossein still distrusts Rahim and refuses to forgive any share of the debt. Without giving too much more away, let’s just say that our hero’s increasingly desperate attempts to buy his freedom complicate things further, all exacerbated by his newfound fame and a spotlight that insists on interpreting his actions as either totally pure or totally base.

Played by the likable Jadidi with a cautious smile and hangdog uncertainty, Rahim is a man thoroughly out of step with the world, increasingly at the mercy of the fragility of public opinion, which can adore you after a TV appearance, then turn on you with one short video uploaded to the internet. Everyone around him is consumed by technology, from smartphones to surveillance cameras to TV shows; Rahim doesn’t even have a cell phone, as they’re not allowed in prison. (We also learn that the reason for his debt was the failure of his sign-painting business, which collapsed when computers rendered his services irrelevant.) After getting out of prison at the start of the picture, the first place Rahim goes is to the massive Tomb of Xerxes, a 2,500-year-old catacomb carved into the side of a mountain, to see his brother-in-law Bahram (Mohsen Tanabandeh), who works there.
It’s an incredibly striking location — frankly every movie should start at the Tomb of Xerxes — but also perhaps a visual clue that Rahim himself is a figure out of time.

Nearly every major decision Rahim makes, be it honest or duplicitous, is suggested by someone else. It’s Farkhondeh who first tells him, in a moment of exasperation after Rahim expresses some ambivalence about cashing in the gold, that he should find the bag’s original owner. It’s a bank employee who advises him to put up the signs asking the owner to call him. Later, a helpful cabdriver recommends one particular ruse that winds up backfiring spectacularly. And so on. This lends the story a certain simplicity, bringing it further into the realm of a parable. But by depriving Rahim of any real agency, Farhadi also turns him into more of a symbol than a man — not a human trying to do the right thing but an impressionable vessel constantly acted on by external forces. Among other things, this renders moot the question that emerges later in the film, of whether Rahim’s actions were driven by decency or opportunism.

Farhadi remains a sharp, economical storyteller as well as a terrific director of actors. Rahim’s delicate presence — he’s all smiles, but he looks like you could knock him over with a feather — contrasts both conceptually and physically with his creditor, Hussein, whom Jahandideh portrays with rocklike, head-down obstinacy. These two figures are not just narrative adversaries but aesthetic ones. Clever design, however, will only get you so far, and there’s an awkwardness to the way the plot gears creak into place as Rahim’s tale unfolds. His dodgy decisions feel less like the actions of a flawed but honest man and more like the contrivances of a filmmaker working toward a preordained conclusion. The movie is both moral fable and narrative mousetrap.

What A Hero often lacks is what made so many of Farhadi’s previous pictures so rich and captivating: the sense that beyond the frame lies a real world populated by real people, each trying to live a decent life — what critic Tina Hassannia, in her excellent 2014 book on the director, called his “pluralistic perspective on morality.” In the past, that multifaceted humanism both justified and enhanced Farhadi’s skills as a storyteller: He could let his characters twist in the wind a bit, because it never felt opportunistic or cheap.

A Hero doesn’t entirely fail in this regard. Farhadi acknowledges that characters such as Hossein — along with his daughter, Nazanin (Sarina Farhadi, the director’s own daughter), who winds up playing a larger-than-expected role in Rahim’s undoing — have their own reasons. Here, too, however, Farhadi seems interested in them primarily as narrative devices. Because in order for Rahim’s tale to achieve maximum levels of suspense and outrage, some of these characters have to act like sociopaths.
It feels like the supremacy of storytelling over humanity, whereas before in Farhadi’s work, those two forces were often inextricably intertwined. (I’ll admit, however, that his acclaimed 2016 film, the Oscar-winning The Salesman, left me similarly frustrated, so perhaps he’s simply moved on.)

Watching A Hero, I was repeatedly reminded of the director’s second feature, Beautiful City (2004), another tale of incarceration and forgiveness. In that film, a teenage ex-con attempts to save his best friend, an 18-year-old on death row, by trying to convince the father of the girl the boy had killed to grant clemency. (Again, another feature of Iran’s Sharia-based legal system.) Beautiful City is told largely from the point of view of the ex-con and the sister of his imprisoned pal. But in key moments, Farhadi lets us into the intimate world of the grieving father: a broken, embittered, sometimes violent man trying to do right by his dead daughter, who had also been his sole remaining connection to his late first wife. By allowing us to experience the father’s inner torment, Farhadi builds a tale of breathtaking complexity, one where a genuinely happy outcome — which once felt so clear and attainable — seems increasingly impossible. Beautiful City isn’t perfect by any means; though lovely, it’s a far cry from Farhadi’s later masterpieces such as About Elly (2009) and A Separation (2011). But its awesome, heartbreaking ambiguity also feels miles away from A Hero’s often transparent manipulations.

I Tested Your Most Dangerous Video Ideas!