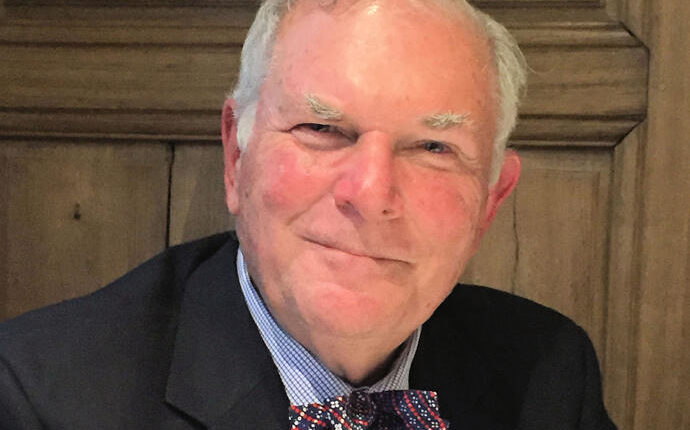 Urban planning expert and author Alexander Garvin, a longtime professor at Yale best known for the top roles he played in designing Atlanta’s BeltLine, the reconstruction of Ground Zero and New York City’s bid for the 2012 Summer Olympics, died Friday at the age of 80 after an extended illness.

His death was confirmed by his brother, George.

It was with that firm that he hatched a pioneering plan for the former rail lines circling Atlanta that would eventually connect the city in ways never before imagined. His plan, “The BeltLine Emerald Necklace: Atlanta’s New Public Realm,” took what was proposed to become a transit corridor and turned it into a patchwork of living, park and green spaces throughout the city. It was his proudest achievement according to his brother.

Still being implemented today, the proposal was a rousing success, and one he reflected on fondly in an interview with the Saporta Report back in 2019.

“Atlanta is a healthier place than it was 20 years ago,” Garvin told the publication. “The BeltLine has become a melting valve for Atlanta’s population. When you come to Atlanta and go to the BeltLine, you see people of every income, every ethnicity, every race and every age. It’s amazing. It’s changing Atlanta.”

In 1996, Garvin was hired by then-New York City Deputy Mayor Dan Doctoroff as managing director of planning and design for NYC2012, the city’s ultimately failed bid for the 2012 Summer Olympics. The centerpiece of that plan was the construction of an Olympic stadium atop the West Side rail yards — which included the extension of the 7 subway train to what has become Hudson Yards.

According to his brother, the plan required such a mass movement of people across the city, it would require a coordinated five borough ferry system to do so — something that came to pass when Mayor Bill DeBlasio created the NYC Ferry system in the 2010s.

A longtime proponent of walkable cities, Garvin’s books on urban planning include “The Heart of the City: Creating Vibrant Downtowns for a New Century” and the textbook “The American City: What Works, What Doesn’t,” among others.

Garvin was an adjunct professor at Yale since 1967, teaching the class “Introduction to the Study of the City” there for more than 46 years. He also taught two classes at Yale’s School of Architecture.

A lifelong New Yorker who lived on the Upper East Side, he played a big role in city planning since the early 1970s.

First, he served under Mayor Abe Beame as the Deputy Commissioner of the city’s Housing and Development Administration from 1974 until 1977. He was tapped New York City Planning Commissioner from 1995 by Mayor Rudolph Giuliani, holding that position until 2004.

He was also appointed by Giuliani and Governor George Pataki to the role of vice president of planning, design and development of the Lower Manhattan Development Company, which was created in the aftermath of September 11 to rebuild and revitalize lower Manhattan.

Garvin was born to Jacques and Margarita Garvin on March 8, 1941. He is survived by his brother, who said a celebration of his life will take place sometime in 2022.

Jamie Spears Petition Asks for Britney To Pay for Legal…