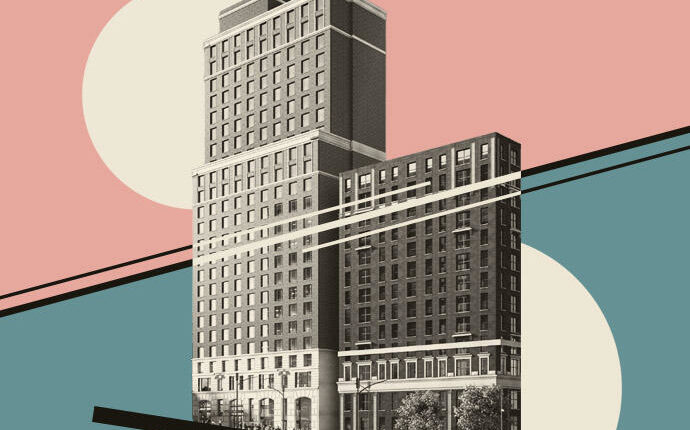 At long last, Fetner Properties is ready to begin construction on its 23-story apartment building on the Upper West Side.

On Thursday, the developer and its partners, PGIM and Peakhill Capital Investors, closed on the three-lot assemblage at 270 West 96th Street and sewed up an $80 million construction loan from Wells Fargo, CEO Hal Fetner said.

“[We] have been assembling this site for almost four and a half, five years,” he said. “It has not been easy.”

The deal’s complexity stemmed in part from the fact that the three lots had three different owners, one of which was the city. The other two were owned by the Salvation Army and the NAACP Roy Wilkins Center.

Fetner declined to reveal how much the developers paid for the land, but said the project would cost $125 million altogether.

As part of the deal with the city, 67 of the building’s 177 units will be permanently affordable, with rents set between 27 percent to 120 percent of the area median income. Six units will be reserved for residents who were previously homeless.

Residents of the affordable units will have free access to building amenities and Fetner will provide them with broadband internet and WiFi at no additional charge. The latter is a new requirement from the Department of Housing Preservation and Development for affordable housing developments that use city funds, making this project one of the first to adhere to the standards. Fetner said he was “100 percent in favor” of the measure.

The unusual twist about the building is that 45 percent of the apartments will be 400 square feet or smaller, qualifying them as micro-units. It’s the first time Fetner has included micro-units in one of his projects. The developer said the idea came from an HPD trial that included them, prompting him and his partners to research the concept.

“I’m a student of affordable housing,” said Fetner. He said the smaller units will make rents more affordable even for market-rate tenants who are willing to downsize, but also noted that his firm is making them “very livable,” furnishing the micro-units with functional furniture, such as beds that can be stowed away during the day.

Jonah Belkin, a partner at Peakhill Capital, said the building will be one of the first affordable housing projects in the U.S. for the Toronto-based investment firm, and its first time teaming up with Fetner.

Construction is slated to begin on Monday. Fetner estimates the building will be completed in about two and a half years.

Fetner is also starting construction on the first of two planned apartment buildings in Long Island City, which he said will ultimately bring a combined 600 rental units to the neighborhood.

What Do Europeans Think About American Life? | NYT Opinion