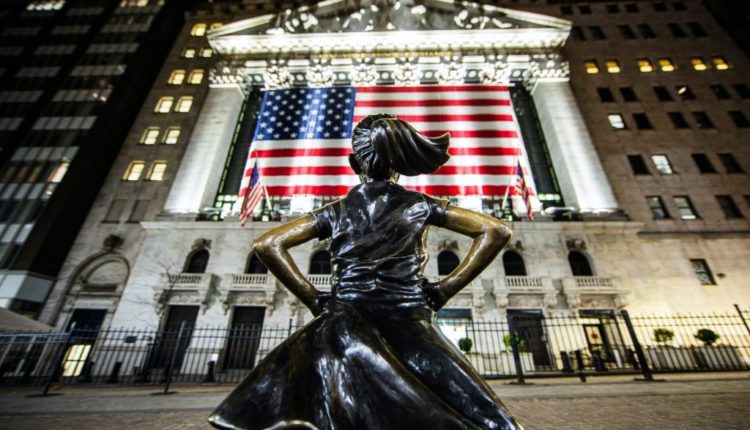 Photo by Ahmer Kalam on Unsplash

New York City’s Landmarks Preservation Commission agreed in a unanimous vote on Tuesday to keep the popular “Fearless Girl” statue in its home on Broad Street across from the New York Stock Exchange for three more years.  As 6sqft previously reported, the statue’s permit with the Landmarks Preservation Commission (LPC) expired on November 29. State Street Global Advisors, the statue’s owners, submitted a request for a ten-year permit last year, which will ultimately be addressed at a hearing before the Public Design Commission, which oversees the city’s art collection. The LPC vote was based solely on the statue’s placement in a historically significant location.

The LPC makes its decisions based on the work’s location rather than the content, appearance, or significance of the art itself, though the organization’s approval lays a foundation for the PDC decision. On the four-foot-tall, 250-pound bronze statue’s presence in the Financial District the streetscape, the sentiment was resoundingly positive.

At a virtual hearing, Sarah Locklear, who leads the brand marketing effort at State Street Global Advisors, restated the company’s commitment to the statue’s maintenance and added that “in her current location opposite the stock exchange, “‘Fearless Girl’ provides a constant reminder to businesses and investors that women in corporate leadership positions are good for business.”

LPC Vice Chair Frederick Bland said, “I would be devastated if this impudent little girl walked away…there’s no way that this wonderful statue interferes with my appreciation of Broad Street in particular and also the whole street pattern of Lower Manhattan.”

The threat of eviction isn’t the only recent controversy surrounding the defiant sculpture. As the copyright owner of the statue, its creator, artist Kristen Visbal is championing her right to make and sell versions of it around the globe. In addition to making sure the city can own a casting of the sculpture forever, she is also hoping that nonprofits and international organizations will be allowed to use images of it in their efforts to advance women’s equality.

The next step will be the Public Design Commission hearing, as that organization will have binding jurisdiction over the sculpture’s placement. The PDC meets once a month. It is expected to vote on the issue at its January or February meeting.

“Fearless Girl” was first installed in honor of International Women’s Day in front of the “Charging Bull” statue in Bowling Green on March 7, 2017, and later moved to her current home at the steps of the New York Stock Exchange. As 6sqft has reported, the defiant statue attracted controversy in her early days as well.