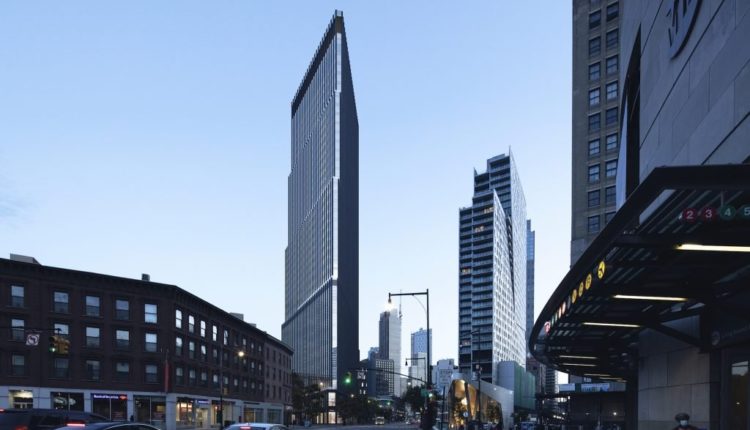 New York City is now the largest city in the United States to phase fossil fuels out of new construction. The City Council on Wednesday approved legislation banning the use of natural gas in new buildings under seven stories tall starting in 2023 and in structures over seven stories in the middle of 2027. The legislation means new buildings in the city, with very few exceptions, will be all-electric.

The bill “prohibits the combustion of substances with certain emissions profiles” in most new buildings and gut renovations. Exemptions include buildings where 50 percent of units are affordable, use for emergency power, and use in commercial kitchens, hospitals, and other uses for “which electrification might not currently be a substitute.”

The bill also requires the city to conduct studies on the use of heat pump technology and the impact of the bill on the city’s electrical grid.

Moving from fossil-fuel heating systems to all-electric is seen as a major part of fighting climate change. According to the Urban Green Council, New York City buildings (and their boilers, furnaces, and hot water heaters) emit 40 percent of the city’s carbon each year.

The #GasFreeNYC coalition, which is made up of the New York Communities for Change, the New York Public Interest Research Group, We Act for Environmental Justice, and Food & Water Watch, has advocated for the gas ban legislation, along with Council Member Alicka Ampry-Samuel, the bill’s sponsor. The group says the gas ban will cut air pollution, reduce environmental injustice, and create clean energy jobs.

“Buildings are the largest source of greenhouse gas emissions in New York City. If we are serious about meeting our emission reduction goals then we need an immediate shift. The Gas Ban Bill literally provides a clear pathway to codifying and reaching our goals,” Ampry-Samuel said in a statement.

The approved legislation adds the phased-in implementation supported by the Real Estate Board of New York, according to the Real Deal.

Mayor Bill de Blasio is expected to sign the bill into law.

On the state level, State Sen. Brian Kavanagh and Assembly Member Emily Gallagher introduced earlier this year the “all-electric building act,” which requires all new buildings across New York to be all-electric by 2024.

The residential building, which includes 396 market-rate apartments and 45 affordable apartments, will be all-electric. All functions of the building usually run by natural gas will be replaced with electricity, offering induction cooktops and heat pump dryers.

Editor’s note: The original version of this story was published on December 9, 2021, and has since been updated with new information.

A Quick Lesson on The History of Social Media Influencers