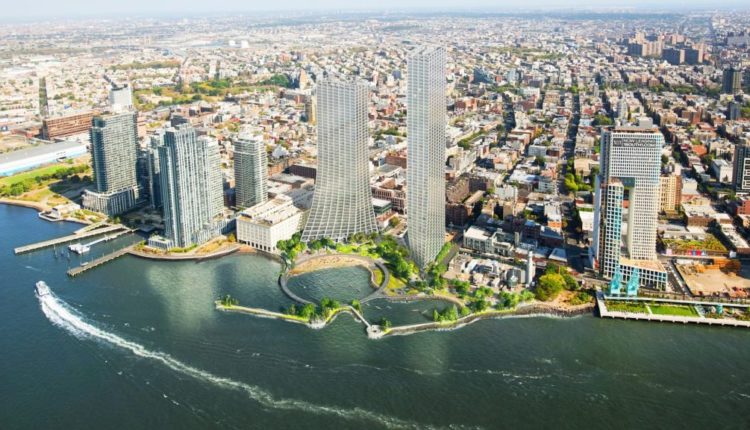 Two massive high-rise towers with over 1,000 apartments and a resilient waterfront public park are officially coming to Williamsburg. The New York City Council last week voted to approve River Ring, a development planned for River Street between North 1st and North 3rd Streets on the Brooklyn waterfront. Developed by Two Trees Management, the project includes two mixed-use buildings designed by Bjarke Ingels Group that will hold 1,050 units of housing, with 263 of them priced below market rate, as well as a new YMCA and public park. Construction is expected to begin in 2024. 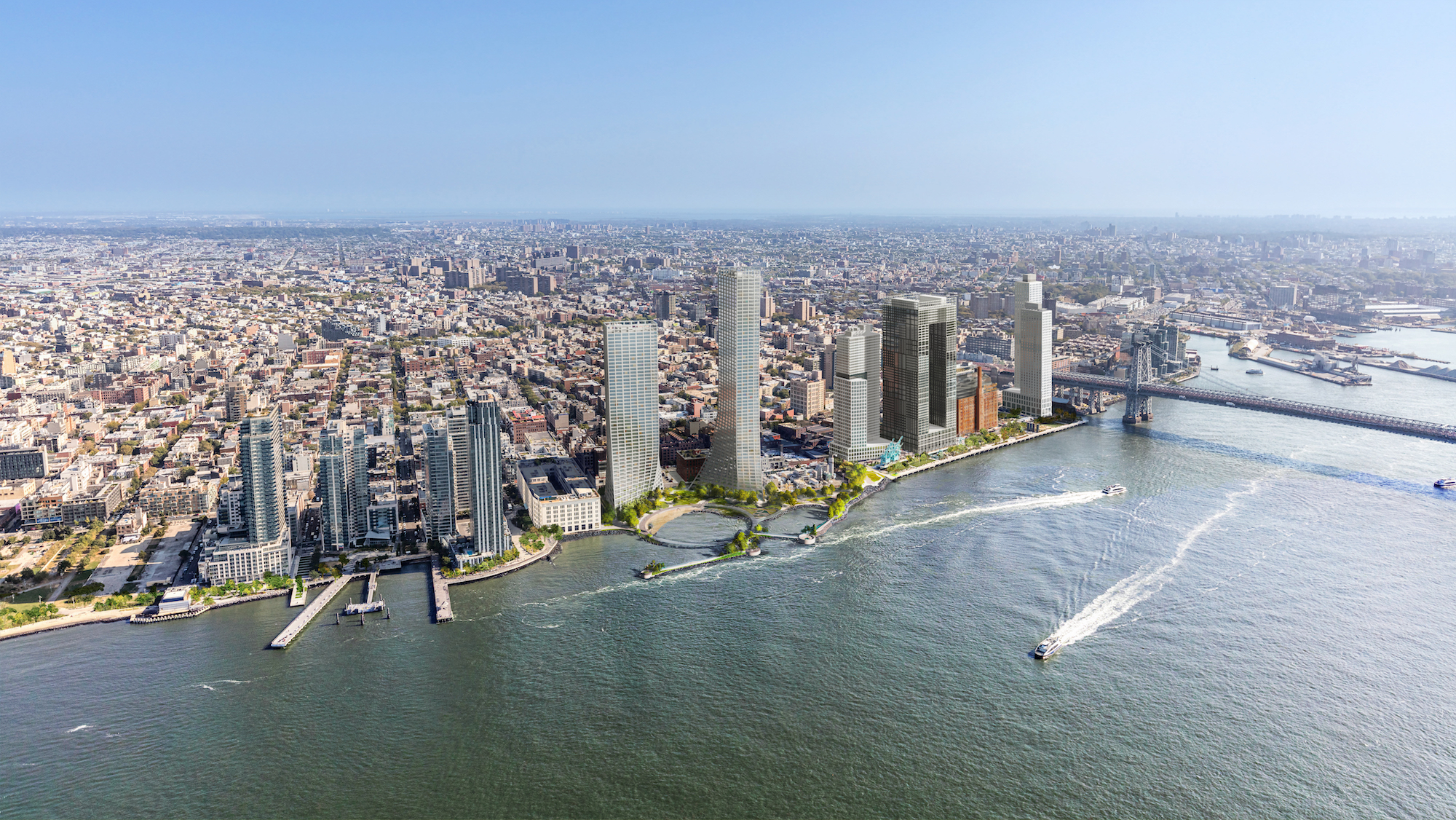 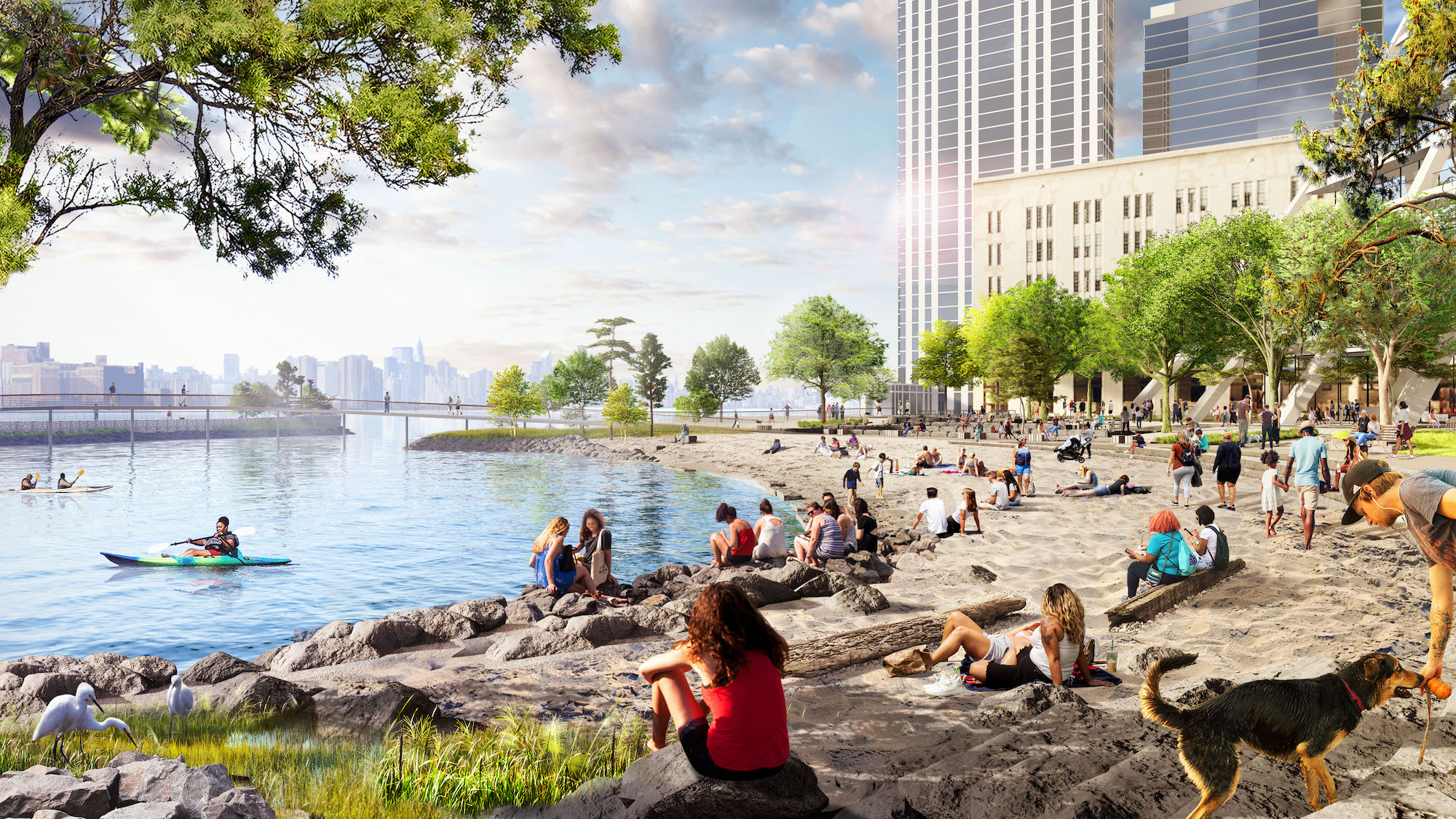 When Two Trees in 2019 first revealed its development proposal for the Williamsburg waterfront site, formerly home to a fuel oil storage complex for Con Edison, the project called for the towers to be 650 feet and 600 feet tall. The revised plan approved by the City Council last Thursday includes a northern tower rising 49 stories, or about 560 feet, tall and a southern tower rising 64 stories, reaching a height of 710 feet.

Ahead of the Council’s approval last week, Council Member Stephen Levin, who represents the neighborhood, announced a deal was reached with Two Trees to fund the construction of 150 units of affordable housing for seniors in Williamsburg, as the Brooklyn Paper reported. The developer also agreed to provide $1.75 million in funding for community programs, including a fund to retrofit older buildings, and subsidized training for 2,000 construction jobs and 500 permanent jobs.

“River Ring will change how New Yorkers interact with our waterfront while also increasing affordable housing, providing a new model for resiliency, building a new public park and investing in community programs and spaces,” Jed Walentas, principal of Two Trees, said in a statement.

“We will bring the same commitment and dedication to River Ring that we’ve brought to the Domino redevelopment and Domino Park. Taken together, these two projects will provide approximately 1,000 units of affordable housing integrated within new, world-class buildings.”

The buildings will serve as an entrance to the new waterfront space, part of the plan designed by BIG-Bjarke Ingels Group and James Corner Field Operations. Ingels described the towers, which renderings show having a triangular podium that limit obstruction to the neighborhood. 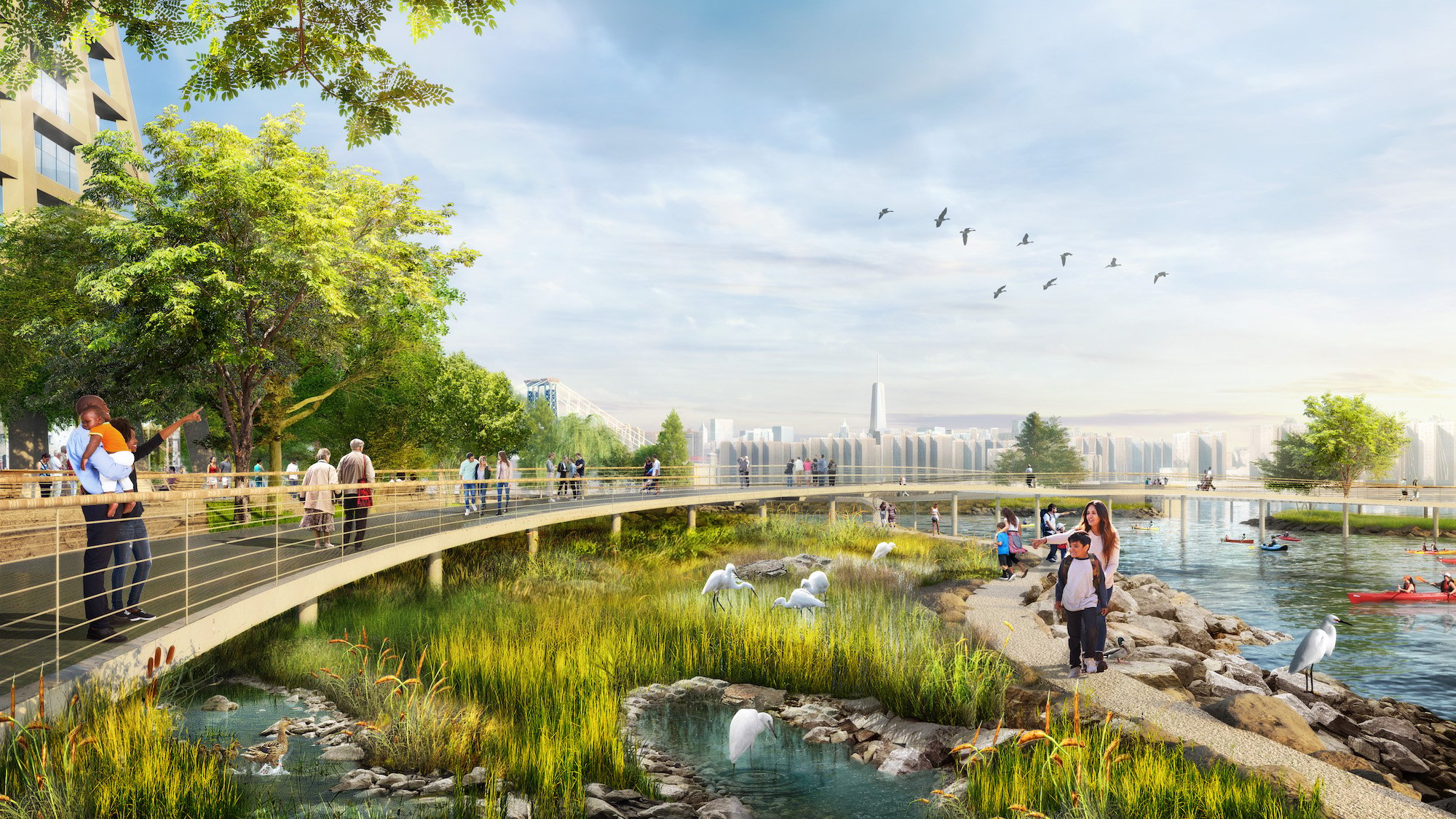 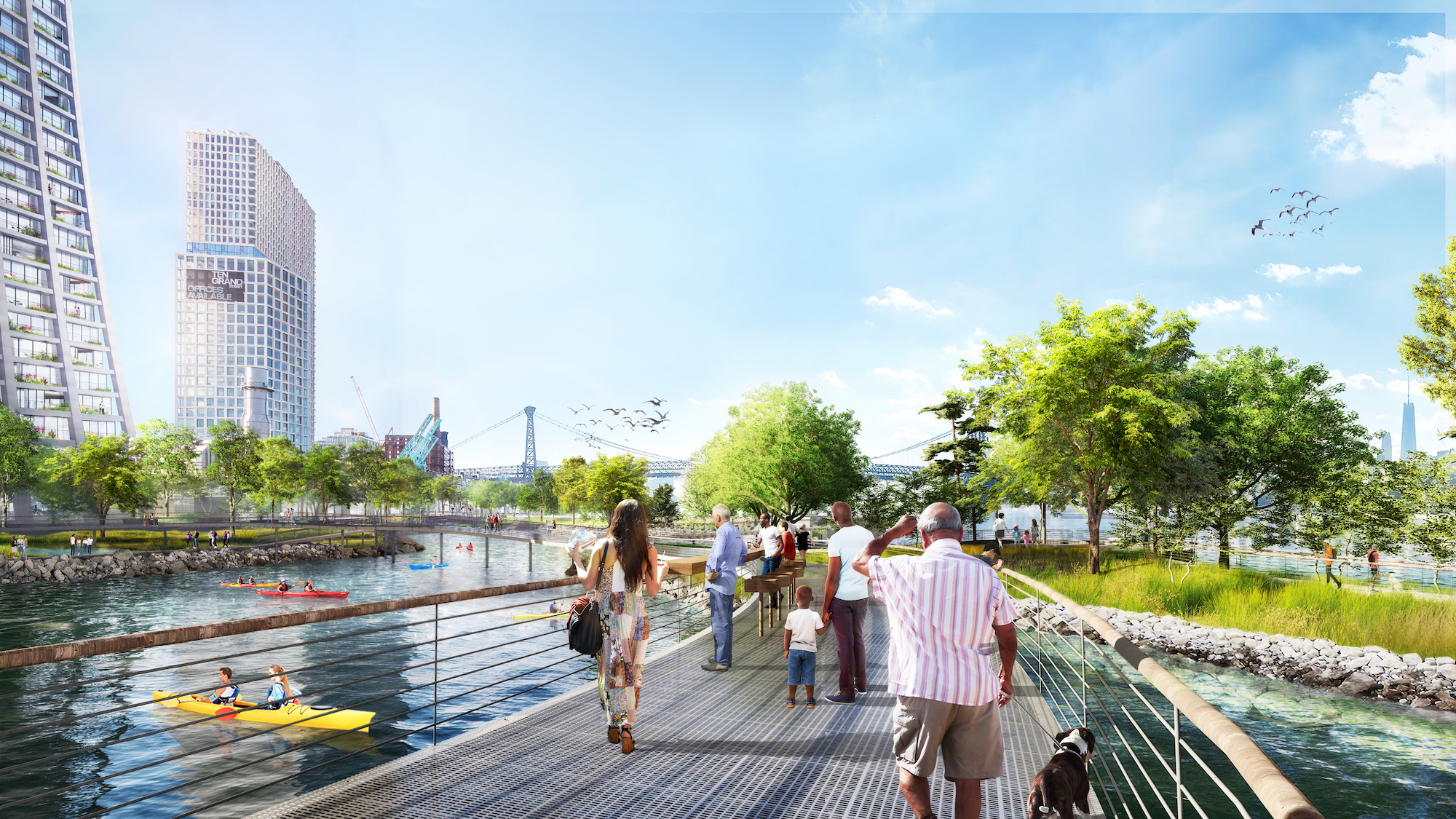 Field Operations designed the 2.9-acre park to feature a circular esplanade that extends into the East River. According to the plan, the space includes a series of nature trails, an amphitheater, a boating cove, a children’s play area, and a sandy beach. Like Two Trees’ neighboring Domino Park, the park will be privately funded and operated.

The park aims to close the gap between Grand Ferry Park and North Fifth Park, providing continuous access to the East River between South Williamsburg and Greenpoint.

“With the River Ring we close one of the last remaining gaps in the continuous transformation of the Williamsburg waterfront into a post-industrial urban park scape,” Ingels, founder of BIG, said in a statement. “Rather than stopping at the hard edge of the old dock, Metropolitan avenue is split into a pedestrian loop extending all the way into the river, connecting the dots of the concrete caissons to form an urban archipelago of recreative islands while protecting a beach with tidal pools and wetlands.”

River Ring will also build a 50,000-square-foot new home for the YMCA, which will have an aquatic center with a swim program that will offer free lessons for certain students in the community.

Inside the Daily Life of a Live Streaming Star in China…

Is ‘Yellowstone’ Based on a True Story?

You’ll need a vaccine to go inside Boston…