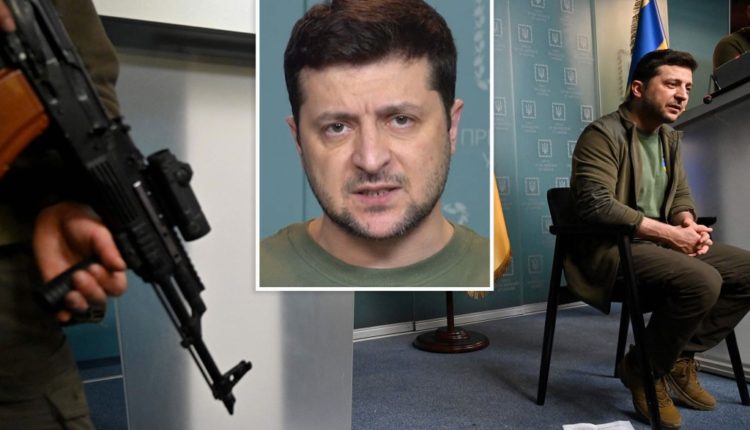 The assassination plots were foiled when anti-war Russians fed intel to Ukraine about two separate mercenary groups that planned to launch the attacks, the Times of London reported.

“I can say that we have received information from [Russia’s Federal Security Service], who do not want to take part in this bloody war,” Ukraine Secretary of National Security and Defence told local TV stations, according to the Times.

The shadowy Kremlin-backed Wagner Group was behind two of the attempts, the Times reported. If they had been or are successful, Moscow could deny direct involvement in the assassination plot.

“They would be going in there with a very high-profile mission, something that the Russians would want to be deniable — a decapitation of a head of state is a huge mission,” a diplomatic source told the newspaper.

“In terms of the impact on Russian sovereign policy, this would be perhaps their biggest mission so far. It would have a major impact on the war.”

There are still more than 400 Wagner Group members in Kyiv, after its members infiltrated Ukraine with a “kill list” of 24 officials whose deaths would cause chaos in Ukrainian government, sources told the Times.

Zelensky, 44, also dodged an assassination attempt on Saturday on the outskirts of Kyiv when a group of Chechen assassins were taken out before they could get to Ukraine’s charismatic leader, an actor-turned politician who has been defiant against Russian leader Vladimir Putin.

At the start of the conflict last week, the US offered to evacuate Zelensky, 44, from Kyiv as the siege unfolded but he declined.

“The fight is here; I need ammunition, not a ride,” he said, according to the Associated Press.