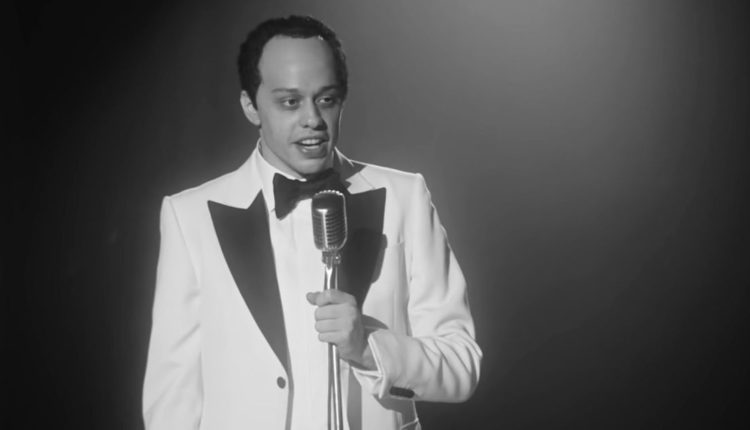 The year is 2054. Pete Davidson has Billy Crystal’s hairline, and he’s become a tired old lounge act, crooning and doing bits for an underappreciative audience that just heckles, “Do Chad!” That’s the gist of this pretaped segment from last week’s Saturday Night Live, which is really more of a mood piece than a sketch, which is to say it looks really good (robot bartenders!) but it’s not all that funny. The riff on Mr. Saturday Night shows Davidson doing duets with the ashes of Machine Gun Kelly, reuniting with an old writer buddy played by Paul Rudd, and sending up that article about “how Pete Davidson became the Warren Beatty of his generation.” It’s all very introspective but isn’t quite daring enough to make, say, a Kim reference. The high point is Davidson doing a “Weekend Update” routine opposite a malfunctioning Colin Jost animatronic that deserves its own Five Nights at Freddy’s sequel. All in all, it’s an interesting watch if you’re someone who’s fascinated with Davidson’s celebrity persona. We won’t make you identify yourself if you’re one of those people, but blink once if you’re okay.

Why China Is Cracking Down On Tech With New Regulations