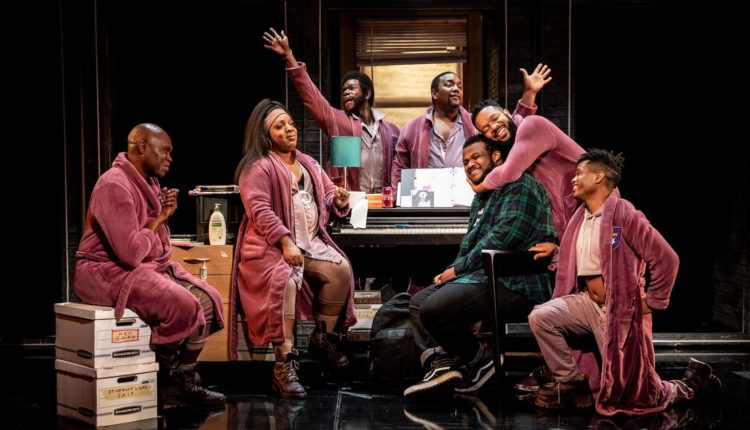 After winning acclaim Off Broadway in 2019, and a Pulitzer Prize to boot, Michael R. Jackson’s self-referential musical A Strange Loop will wind its way back to New York and onto Broadway in the spring of 2022. The producers have announced plans to premiere the production in the Lyceum Theatre. Jackson’s musical is about a queer Black writer named Usher who’s writing a musical about a queer Black writer while working as an usher at The Lion King. It has plenty of references to Liz Phair along the way and is accompanied by a cast of Usher’s own thoughts.

At Playwrights Horizons, the production starred Larry Owens, who won Lortel and Drama Desk awards for his performance. But it moved on to a run at Washington, D.C.’s Woolly Mammoth Theatre this fall without him, casting newcomer Jaquel Spivey as Usher (that run has been extended until January 9). The Broadway cast has not yet been announced. A Strange Loop is directed by Stephen Brackett with choreography by Raja Feather Kelly. For those who like to keep track of Broadway real estate, A Strange Loop is moving into the spot at the Lyceum vacated by the Daniel Craig–starring production of Macbeth, as that show just announced plans to move to the Longacre Theatre, now open after Diana: The Musical closed early on Sunday, December 19. RIP Diana: The Musical. You, uh, tried.

NHL likely to pull out of 2022 Olympics?